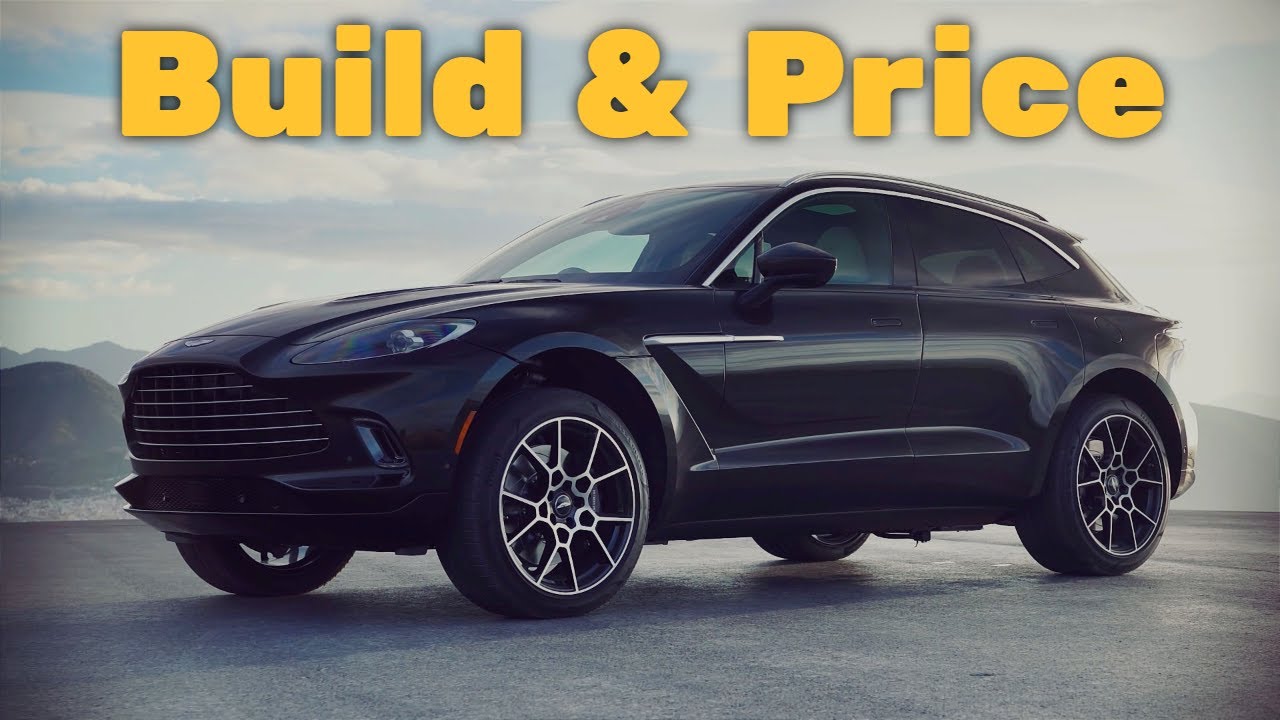 The DBX is the first SUV produced by the British automaker Aston Martin. It’s been teased for a few years now, but the production of the DBX finally began earlier in 2020. The DBX comes at a pivotal moment for Aston Martin, given an abysmal year in sales. The company needed more than half a billion dollars in bailout cash just to stay afloat. Now, the former head of Mercedes-Benz AMG is helming things at Aston Martin, bringing with him design logic from AMG and a fresh set of eyes.

Sophisticated Style of the DBX

The body of the DBX is composed of bonded and composite aluminum. It’s both lightweight and durable. The front of the DBX features Aston Martin’s trademark six-slatted grille with two chrome-tipped airports in the lower paneling. It shares this look with the other Aston Martin DB vehicles.

The DBX has an attractive profile that really sprawls out thanks to its long wheelbase. The roofline floats overhead and tapers at a rear diffuser that creates the illusion of even more length. The DBX profile is dominated by the 22-inch alloy wheels that come standard with Pirelli P Zero tires.

The door handles fit flush against the paneling. The doors themselves are also frameless and feature hidden seals. It has a clamshell hood with two vents running up the length and the rear has two circular exhaust ports. Up top, the DBX has a panoramic sunroof that has a retractable shade on the inside.

How to Haggle Car Price During Negotiations

Under the hood, it looks like the DBX’s engine is wearing one of Iron Man’s spare body armor suits. Almost all of the motor is covered, but there’s lots of power underneath. The Aston Martin DBX has a 4.0 Liter twin-turbo V8 engine that produces 542 horsepower and 516-pound feet of torque. It’s a powertrain lifted straight from the AMG lineup at Mercedes-Benz. It’s managed by a 9-speed automatic transmission that pushes all four wheels.

Is the Aston Martin DBX fast? Well, it travels from zero to 60 in just 4.3 seconds and maxes out at 181 miles per hour. There are six driving modes for the DBX. Drivers can toggle between individual (a custom setting), sport, GT, sport+, and two off-road managers.

The GT mode is for normal cruising and it makes the DBX as tame as a lioness on a leash. Sport+ mode tightens up the steering and throttle response and you’re reminded that this powertrain comes from AMG.

The transmission is based on an electronic shift-by-wire system. There’s a rear electronic rear limited-slip differential and electronic active center transfer case. The DBX has multi-link suspension in the rear and independent double-wishbone fixtures upfront. The DBX also has adaptive air suspension and the ride height can be raised or lowered by about 45 mm. That might not seem like much, but it could matter most for off-road enthusiasts who want to test the DBX’s ruggedness at the expense of its paint job.

The 2021 Aston Martin DBX wouldn’t be a true Aston if the interior didn’t drop your jaw. At first glance, you might notice the plush Alcantara headliner or the copious amounts of leather upholstery that’s been wrapped around nearly every surface. From the speakers to the glovebox, the perforated and stitched leather is everywhere. Aside from the leather, there’s contrasting piano black wood and satin chrome trim.

The steering wheel has a sporty design to match the brushed, satin chrome floor pedals. There are steering wheel-mounted controls, as well. When you compare the DBX with other luxury vehicles from BMW, Tesla, or Jaguar, there does seem to be a superfluousness of buttons and a lack of a screen.

The driver’s instrument panel has a 12-inch display. The center screen is 10.25-inches. The dashboard of the DBX doesn’t have a super large touchscreen display. Instead, it has an oval-shaped central control hub that houses controls for infotainment, navigation, and climate. Beneath the central hub, there’s a second control station. This is also where you find the rotary dial gear shifter.

Unlike most SUVs, the front seats in the Aston Martin DBX have thick bolsters, more like a sports car. Both front and rear seats are heated, but the rear seats have more plush cushioning than the front. There are even fold-out footrests back there.

There are 64 colors of ambient lighting to fit any mood in the DBX. There’s an 800 watt, premium audio system in the DBX with 14 speakers covertly stashed around the cabin. There are 4 USB ports and 3 12v power sockets. Apple CarPlay comes standard, but the DBX doesn’t have Amazon Alexa or Android Auto connectivity.

This isn’t a budget family hauler that comes with loads of built-in safety features. The DBX has a 360 camera that deploys from the vehicle’s rear paneling and parking sensors, but otherwise, there aren’t many advanced safety features. So, forget about lane departure warnings and blind-spot monitoring. You’ve got to use your own wits to drive the DBX.

If you want to customize the DBX, there are several options. You can even test some of them out on the Aston Martin’s website configuring page. The exterior can be outfitted with different wheels and tires. You can paint the brake calipers for added accents and wade through a ton of premium paint colors for the body.

The interior can be customized with three different types of upholstery, one of which features woven wool. If piano black wood trim isn’t your thing, you can choose between seven other veneers including carbon fiber.

There are other functional options that you can add to the DBX. Some of these should have probably come standard, but Aston Martin has placed them aside for a la carte selection. Customers can include a garage door opener, a power tailgate with gesture control, a touchpad controller, a tow bar, and a park assist system. These tech upgrades would have really sweetened the deal for the DBX, and it’s likely that future versions of the DBX will trickle them out as standard features over time.

Some of the options are downright extravagant. Would you like a leather key holder, leather umbrella sleeve, or blanket holder? Or how about a custom dog bed in the back? All of these accessories can be added to the DBX’s build to augment your adventurous lifestyle.

Aston Martin has managed to make a large SUV that drives like a sports car. That is the true test of the DBX – to fit in with its smaller, nimbler stablemates. It has an MSRP of $179,986 and has an awesome powertrain courtesy of Mercedes-Benz.

Steering is largely dependent on which driving mode you choose, and novice drivers might have a bit of a learning curve with the DBX. Fuel economy is usually an afterthought with sports cars, and that’s a good thing for Aston Martin. The DBX is a large, thirsty vehicle with a combined rating of 19 MPG.

The DBX is a functional sport utility vehicle that can tow up to 5,940 pounds and handle a wading depth of 500 mm. It has a ground clearance of 190 mm, but that can be raised to a maximum ride height of 235 mm. Between the variable torque distribution of the all-wheel-drive system and the air suspension, the DBX is more than capable of getting to and from the campsite.

The DBX lacks a lot of advanced safety gear and technology. It doesn’t come with Android Auto connectivity, an intuitive touchscreen interface, or blind spot warnings. For the price, luxury sports car customers might find those features with competitors. Given that, the 2021 Aston Martin DBX will undoubtedly become the AM flagship and get upgrades over the years. It’s built to last and Aston Martin needs it to do just that.