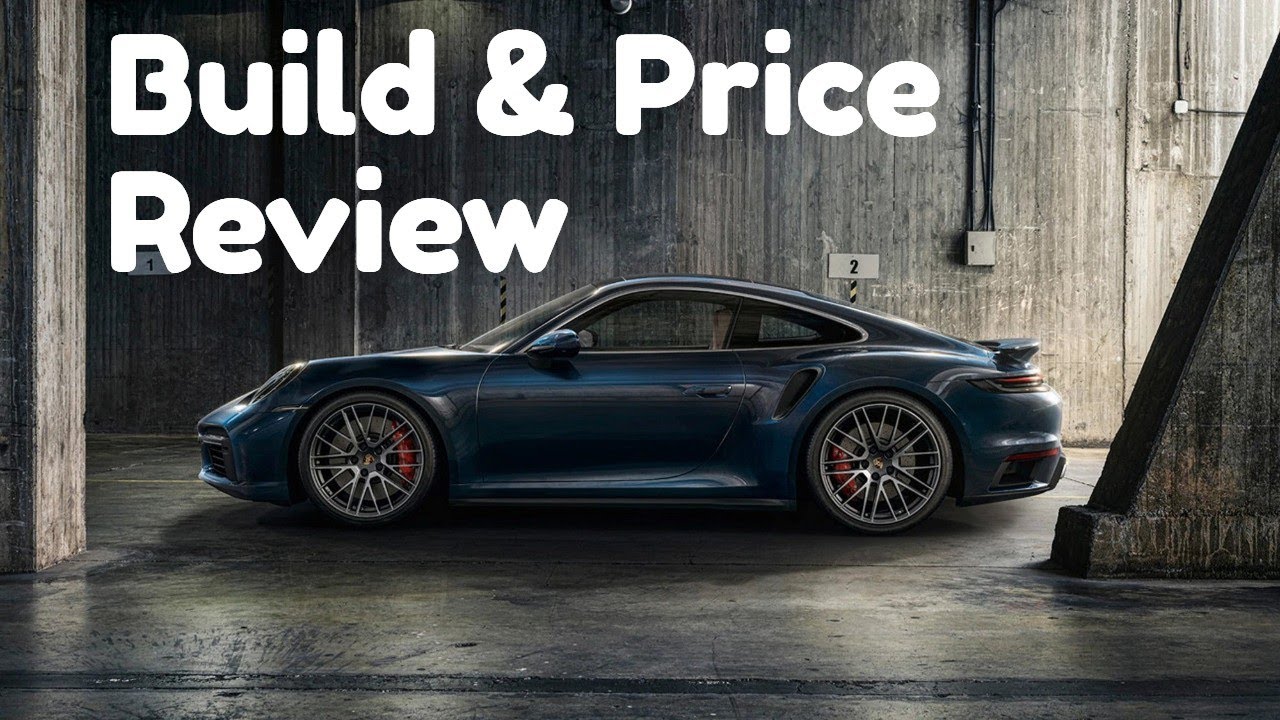 The 2021 Porsche 911 Turbo has a viable claim as the hottest sports car on the market. It has stunning performance, exclusivity, and the versatility to be a daily driver. The exterior form lines are well-recognized, yet the style elements, performance parts, and interior can be customized to the owner’s exact specifications.

The 2021 Porsche 911 Turbo S comes in hardtop or sporty drop-top Cabriolet. Both share nearly identical capabilities, and both are undeniably turbos. Speaking of the turbo, the term gets tossed around rather loosely in automotive circles. However, Dr. Frank Walliser, Vice President of Model Line 911, took to the press in order to clarify what makes the new Porsche 911 Turbo stand out from the crowd.

“A Turbo does not just have to be clearly different in visual terms, but it must above all be possible to really feel the difference. The work to differentiate is therefore correspondingly high, not just with regards to the design, but also to the chassis and the engine,” says Walliser.

Performance Power of the 911 Turbo S

The 911 Turbo S can go from naught to 60 MPH in just 2.6 seconds. That’s its fastest time and you can produce it with the available Sport Chrono Package. It has a top track speed of 205 miles per hour. The Turbo S is capable of producing 640 horsepower and 590-pound feet of torque.

The Porsche 911 Turbo has a powertrain that undergoes constant development. Great isn’t good enough when the mark is set to excellence. Fittingly, the new 911 Turbo S has a new VTG twin-turbo V6 engine that embodies the work of over 70 years of automotive experience.

It has greater power and efficiency thanks to several tweaks to the internal friction inside the engine and a redeveloped combustion process. Mechanically, it borrows some of the 911 Carrera’s engineering language. However, the new boxer engine has improved piezo injectors and a new air intake system. The 8-speed PDK transmission has also undergone a round of performance tweaks to produce faster, even more, seamless gear shifts. It has a hold mode for extending the gear range, torque vectoring, and all-wheel drive.

When you hear a 911 Turbo S approaching there’s this low, humming exhaust note that hints at the power on tap. With the optional sport exhaust system, the new 911 Turbo S produces a blatantly powerful engine note. To keep up with the competition, subtle has gone out the window.

Real automotive enthusiasts and Porsche fans might be able to notice that the new 911 Turbo S looks a bit more muscular. That’s because the rear fenders have been redesigned and the back end is 20 mm wider than the previous model.

There are controlled cooling air flaps at the front, while the larger rear wing has been designed for even more downforce. The front track has also been extended. It’s 45 mm wider and adds greater handling and stability. The front fenders rise up above the hood, which slides down long and low to the front fascia.

For the first time, the 911 Turbo S has two different sized tires. It now has 20-inch wheels in the front and 21-inch wheels in the rear. With the Porsche Active Suspension enhancement, the chassis is slammed down by 10 millimeters. The taillights have been redesigned to create one narrow beam traveling the width of the vehicle. Beneath it all, are two wide circular exhaust ports.

The Porsche 911 Turbo S is strictly a two-seater, even though there are seats in the rear. Even a child would feel cramped from the lack of legroom back there. It’s mainly for luggage. That being said, the 911 Turbo is remarkably comfortable for the front passengers.

The safety of a sports car is largely up to the driver. The Porsche 911 Turbo S is no different. The Turbo S is outfitted with oversized yellow Porsche ceramic brakes. The front track has 10-piston aluminum calipers with 4-piston calipers in the rear. There’s a WET driving mode that applies added traction assistance during slippery conditions. Also, the 911 Turbo S is equipped with rear-axle steering.

The cabin occupants are protected with advanced airbags in the front as well as side-impact beams and curtain airbags. The Porsche 911 Turbo S does have a unique automated system called Warn and Brake Assist. In certain conditions, the vehicle will prompt the driver to apply the brakes and can even apply them autonomously to prevent a collision. However, the system might not activate if the driver engages in certain evasive driving maneuvers.

The 2021 Porsche 911 Turbo S has a starting price of $207,000. The Cabriolet costs $219,800. The Turbo S is blisteringly fast and intuitive. It merges with the driver in a way that is synergistic and logical. Yet, somehow the Porsche 911 Turbo doesn’t lose its unique identity as an iconic sports car.

Just when you thought the 911 couldn’t get better, Porsche somehow found ways to improve the powertrain and the aerodynamics of the body. This is the definitive sports car – the measure by which all others will need to be judged.

How to Maintain Your Car Battery