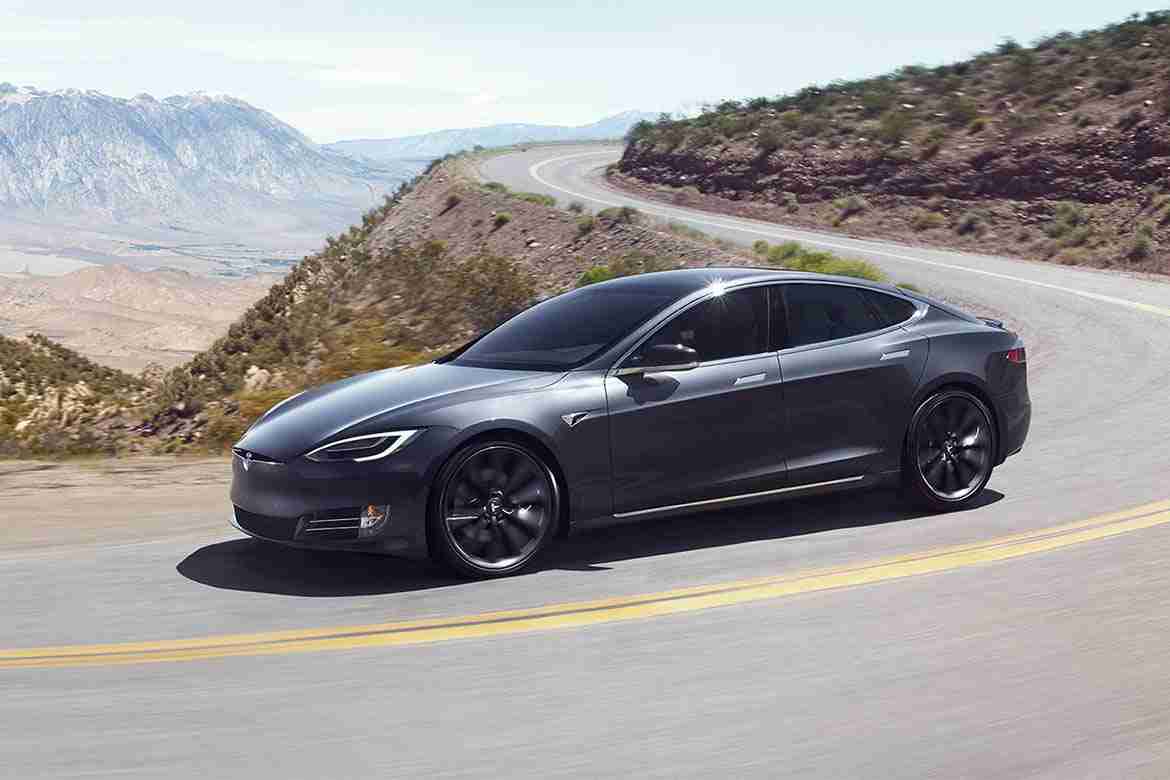 The 2021 Tesla Model S is an electrified sedan with blistering acceleration and autonomous driving technology. The Model S debuted in 2012 and just got its first real update. The new Model S has a simplified interior, some minor exterior alterations, and an available powertrain that’s even faster than the previous generation.

What Are the Different Models for the 2021 Tesla Model S?

The new powertrain Model S option is called “Plaid” and has an MSRP of $119,000. That’s a big leap in price from the base model, but it only has a driving range of 390 miles. The hike in price is most likely attributed to the performance boost that the Plaid Model S receives. There is a third model called “Plaid Plus” and this is the real long-range model because it can go 520 miles before recharging. However, the price tag soars to $139,000. That’s the version that can go zero to 60 in under 2 seconds and run a 9.23-second quarter-mile, which begs the question – How fast is too fast?

The 2021 Tesla Model S has a sleek sedan body style that reflects high attention to aerodynamic detail. The Model S sits low with a wide stance. It has an overall teardrop shape with door handles that fit flush against the paneling. All these features are meant to decrease the drag coefficient and boost the performance output of its electric powertrain. As Nissan engineer Hiroshi Tamura once said, “The body is technology.”

The 2021 Model S from Tesla now comes standard with a full glass panoramic rooftop. The Model S comes with either 19 or 21-inch wheels but looks amazing with either option. Color palettes are a bit limited, but the Model S doesn’t disappoint in black, white, blue, or red. There aren’t many build options that buyers can select at the time of purchase. A few different grille designs would have been a new direction for Tesla, but you have to accept what you get.

Performance Capabilities of the New Model S from Tesla

The new Model S electric powertrain can go from zero to 60 in just under 2 seconds. Both Plaid models can reach speeds of 200 miles per hour. That would make the new Model S the fastest electric vehicle on the market and maybe even the fastest accelerating vehicle period. Time will tell if those numbers bear out in real tests by real drivers.

The 2021 Model S with an updated powertrain can travel 520 miles before it needs to be recharged. By utilizing Tesla’s range of 20,000 supercharging stations nationwide, drivers can use fast charging to recoup up to 200 miles in just 15 minutes.

The 2021 Model S has a floor-mounted battery bank that spans almost the entire length of the vehicle. This gives it a low center of gravity and increased protection against rollovers. Automatic emergency braking comes standard on all models.

The Model S has a high-tech system of cameras and radar devices. There are cameras that cover the front, rear, and sides providing 360 degrees of visibility. The front-facing radar has a range of 160 meters and 12 additional ultrasonic sensors that help to prevent collisions.

The cameras and sensors on the Model S enhance the vehicle’s safety but also assist with the AutoPilot functions of the electric sedan. In certain circumstances, the 2021 Tesla Model S can brake, steer, and accelerate without driver input.

The Model S can parallel park and park perpendicularly by itself. You can also use the key to summon your Model S. The vehicle will activate itself and drive toward you. While on the highway, the Tesla Model S can change lanes and use offramps, as well.

With that being said, there are bound to be some safety-related issues when it comes to all that technology doing the heavy lifting. For example, there’s no gear shifter on the 2021 Model S. Instead of manually choosing a direction, the Model S has an onboard AI that extrapolates the driver’s intentions from a complex algorithm of choices. The vehicle selects a gear for you.

That could become problematic when you’re stuck in an odd traffic situation that the AI can’t make heads or tails of. You can override this system by manually deactivating it through the touchscreen. However, that involves scrolling and tapping your way through a menu of subsystems just to get this electric sedan moving. Not to mention, if there was a software or electrical problem involved, the driver would essentially be useless in operating the vehicle. 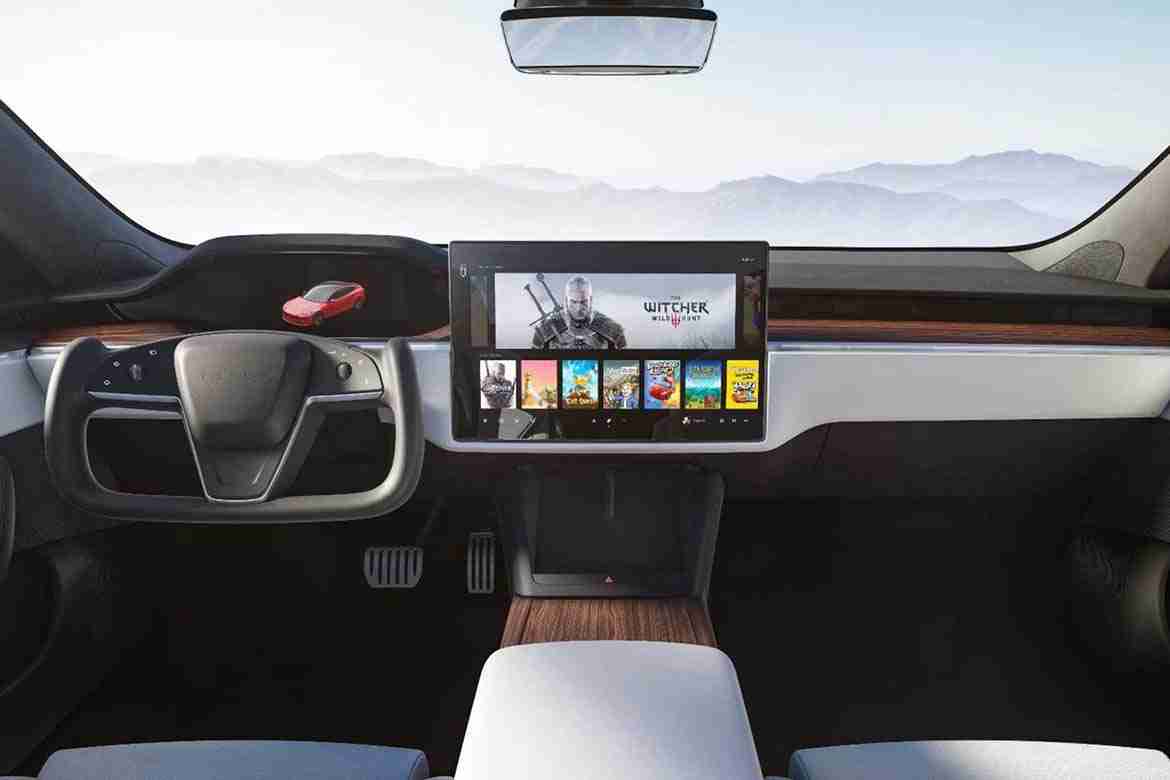 In keeping with the design language of other Tesla vehicles, the 2021 Model S now sports a minimalist interior. Tesla engineers are so adept at reducing clutter inside the cabin that it has become a sort of philosophy for them. The steering wheel has been chopped in half. It now has a U-shaped design with no stalks for turn signaling or activating wipers. This is bound to play tricks on drivers’ muscle memory as they instinctively flick their fingers to indicate a change of lanes. This also takes out a simple and straightforward mechanical process for signaling a lane change.

The new Model S just has illuminated arrows on one side of the flat steering surface. Pudgy fingers beware. The U-shaped steering wheel is most often seen on drag racing cars that don’t need to ever turn. However, the 2021 Model S will require a nimbler steering column and it will be interesting to see actual reviews from drivers in the near future. Tesla’s website promotes the new steering wheel design as a way to focus on driving. Yet, removing features that have been on steering wheels for decades hardly seems like the ideal way to keep drivers focused on the road ahead.

As you pan your vision to the right, you’ll notice that the dashboard has been stripped of adornments. The only thing left is the touchscreen interface and a digital instrument cluster.  The interior has a 17-inch cinematic display that boasts a 2200×1300 screen resolution. It tilts left and right to favor either the driver or passenger. Previous Model S electric sedans had a touchscreen display with a vertical orientation, but the new Model S has turned the screen on its side.

The rear bench has a screen where older model sedans used to house their air conditioning vents, down low in the center stack. Thankfully, there are still a few cupholders. The rear bench has wireless device charging, as well. The front row can charge 2 devices via Bluetooth, wireless, or USB-C chargers. You can even fast-charge a laptop or tablet at the expense of your vehicle’s overall electric power output.

The 2021 Model S comes with a 960-watt sound system. It has noise-canceling technology that provides high-quality audio through its 22 speakers. There have always been minor updates and improvements to the software of the Tesla Model S, but the 2021 Model S finally has a full overhaul. It has updated software for the touchscreen. It’s a bit more powerful than the previous generation. It has a wireless controller for video games and a faster processing speed for the graphics card. It can now support 10 teraflops of data. That’s a trillion floating-point operations per second. This will put the Model S on par with the PlayStation 5 and the cabin can now double as a gaming lounge for both the front and rear passengers.

Cargo space is a big plus for the 2021 Tesla Model S. Since it does not have an internal combustion engine (ICE) you can use the front and rear of the vehicle for storage. The rear bench folds flat to open up the cabin for 28 cubic feet of cargo space.

Just when competing automakers were starting to catch up to the wave of performance electric vehicles, Tesla set the bar even higher with the new Model S. It’s set to be the fastest sedan on the market with speeds that seem to warp reality. Its 520-mile driving range will also set the record for electric range.

Interestingly, the name “Plaid” is a reference to the 1987 comedy Spaceballs. In the movie, Darth Helmet’s spaceship went so fast that the color streaks went plaid. As you may recall, Tesla also has a Ludicrous mode which is another reference to “ludicrous speed” from that same Spaceballs movie.

Speed comes at a price though. The top of the range 2021 Model S Plaid + will cost more than some supercars. With a stripped-down interior, you’re not paying for plush creature comforts. Part of the price is raked across Tesla’s brand popularity and high-tech amenities like console gaming and autonomous driving.

Just like the Cybertruck, people will either love or hate the u-shaped steering wheel. Once again, Tesla engineers seek to jar the automotive industry out of well-established conventions just to prove a point. The flat-bottomed steering column seems ripped right out of a sci-fi movie or an 80s video game arcade. Will drivers lament over the absence of their beloved turn signal or will they be going too fast to even notice?