Detailed Review of the 2021 Toyota Venza 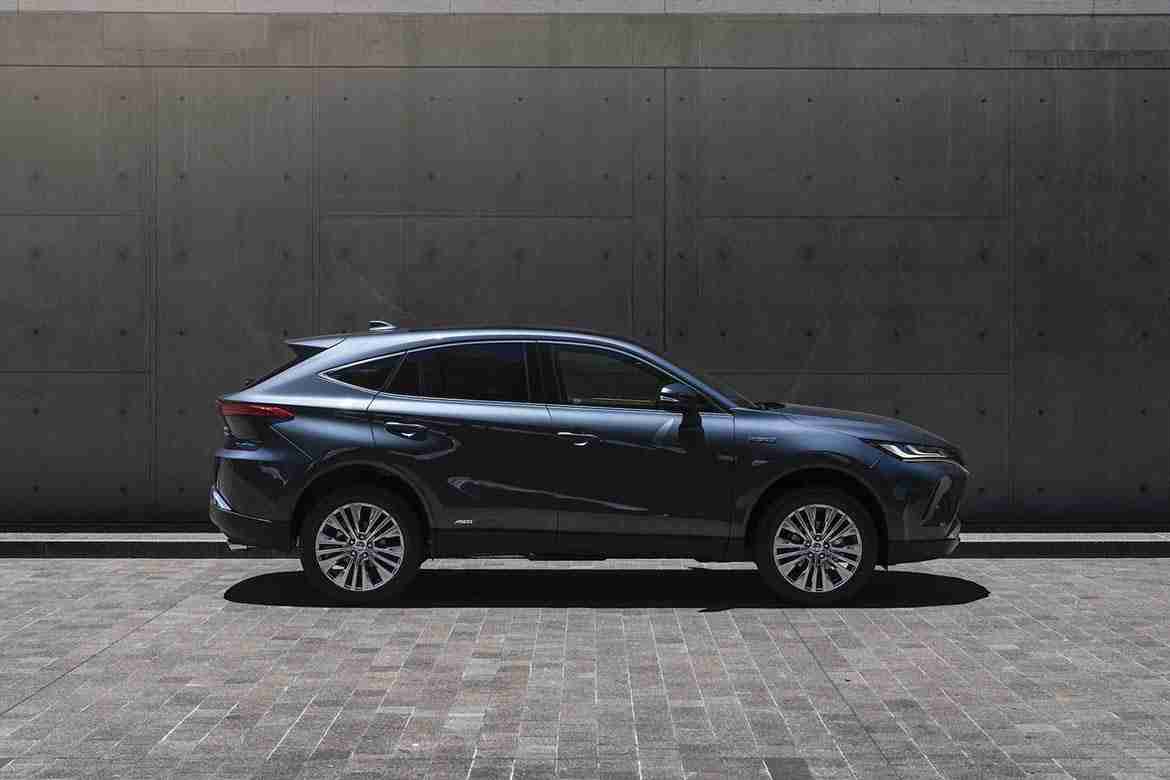 There is no shortage of compact crossovers on the market today. That’s why the 2021 Toyota Venza endeavors to load-up on value. Its small frame houses electric motors and new technology but sacrifices interior space. It’s capable of traveling 40 miles on a single fill-up, but its powertrain isn’t designed for white knuckle rides.

There are 3 different model trims available for the Venza hybrid. There’s the LE base model. It comes with 5-star safety, an 8-inch touchscreen display, and LED lights. The mid-level Venza is the XLE. It builds on the LE features by adding 19-inch wheels, improved LED lights and a Smart Key system for all doors. Of course, there’s also a Limited model. This 2021 Venza hybrid showcases the best features like the panoramic glass roof, digital rearview, and bird’s eye view camera. 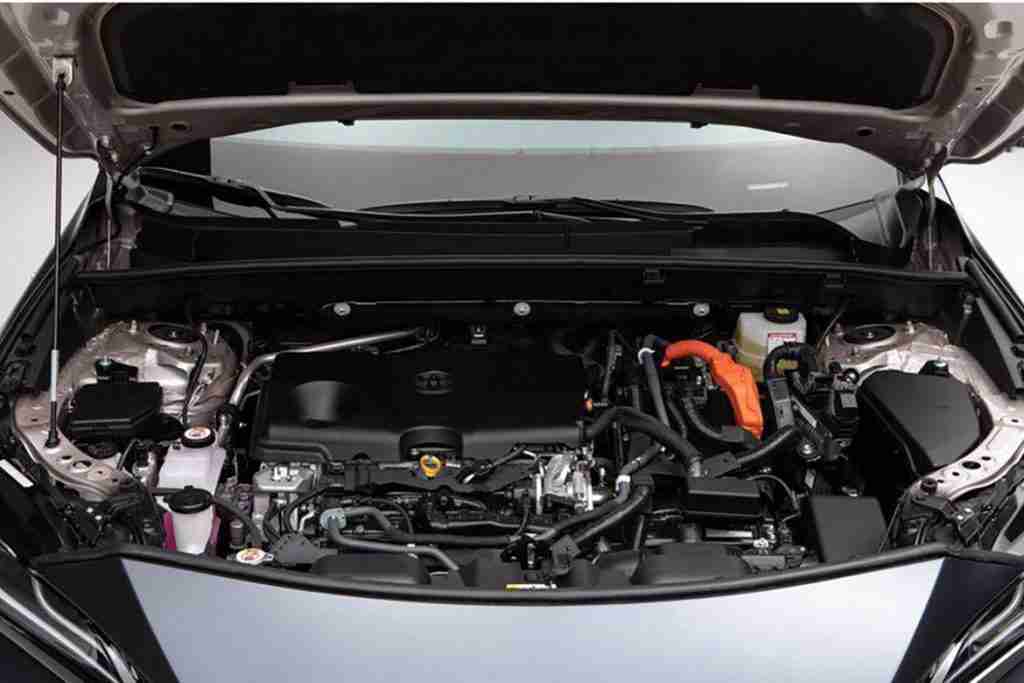 The 2021 Toyota Venza has a 2.5-liter four-cylinder engine with D-4S dual-injection and dual variable valve timing. It works in tandem with electric motors to produce a combined 219 horsepower. The Venza has a 252-volt lithium-ion battery bank. The powertrain is managed by an electronically controlled Continuously Variable Transmission (ECVT) with sequential shift mode.

Toyota outfitted the Venza with Independent MacPherson strut underpinnings up front and a multi-link rear suspension for the rear. The all-new Venza has an electronic on-demand, an all-wheel-drive system that gives it enhanced traction control and some light off-roading prowess. The operative word here is “light”. With only 219 horsepower on tap and 7.68 inches of ground clearance, the Venza isn’t designed to keep pace with rugged off-roaders like the Subaru Forester.

The drive mode selector toggles the Venza between Eco, Sport, Normal, and EV mode. Mastering these different drive modes can help a savvy driver make the most of the 2021 Venza’s hybrid fuel economy. It’s capable of getting 40 miles per gallon in the city and 37 MPG on the highway. 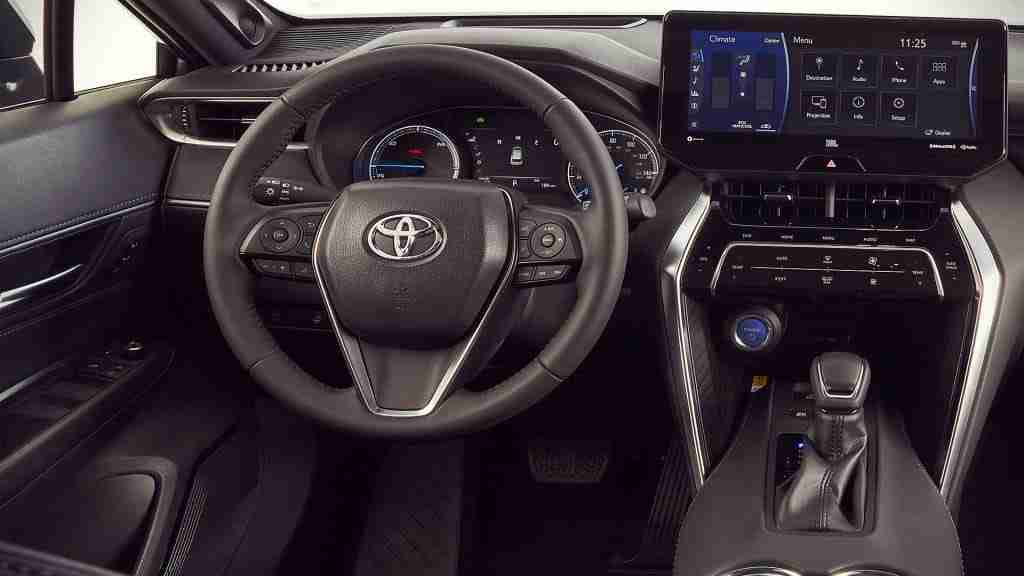 The interior of the 2021 Venza hybrid is smartly laid out and looks more like a sedan than an SUV. The new Venza has an available Star Gaze fixed panoramic sunroof top. It’s the first vehicle from Toyota to equip this feature. The glass top is electrochromic. That means that the roof can go from frosted to clear with a touch of a button.

When compared to similar-sized crossovers like the Honda Pilot and Ford Escape, the Venza lacks some points on passenger volume. It has seating for 5 passengers and 98.3 cubic feet of passenger space.

There are 55.1 cubic feet of cargo volume in the 2021 Venza. Just as the Venza trailed competitors in passenger volume, it also loses out to competitors like the Subaru Forester and the Honda CR-V hybrid when it comes to cargo space.

What the Venza hybrid lacks in roominess, it makes up for in style and refinement. It easily trumps the competition, especially for the price. The 2021 Venza has attractive ambient lighting, soft-touch materials, and a futuristic dashboard layout.

First Look at the 2020 Toyota Highlander

The 2021 Toyota Venza shares its base architecture with other sedans and small crossovers in the Toyota line. This design language gives it room for some added sophistication and upscale elegance. The Venza could’ve easily been lost in the Lexus lineup, but instead, it shines on the Toyota showroom floor.

The Venza shares some of the style cues of the RAV4’s front grille. It has slitted LED headlights that almost give the Venza a wide and inviting smile. It has a low roofline and a smooth, contoured profile similar to the Highlander. The Venza has an angular, almost pointed rear end, but it doesn’t draw away from the overall beauty of the exterior.

Toyota doesn’t hold back when it comes to safety features. There aren’t any extra packages with extra costs. You get the best safety features that Toyota has to offer as standard equipment on the 2021 Venza hybrid.

The 2021 Toyota Venza hybrid offers a ton of technology and safety features for an MSRP of $32,470. There isn’t much of a price leap to reach the mid-grade and Limited Venzas either. The latter comes in at a starting MRSP of $39,800.

The Venza suffers a bit from a case of style over substance. It’s not a glaring margin, but it’s there. The performance isn’t punchy enough for adventurous driving. The 2021 Venza does not have a roomy interior either. It’s based on a sedan’s architecture and not a mid-sized SUV. That’s the weak link in the 2021 Venza hybrid’s chain of forward-thinking features.

Otherwise, the Venza excels. It has impressive fuel economy, luxurious style points, and the novelty of being a new Toyota vehicle. It would be wise to choose the Limited model Venza because it has the electrochromic sunroof (a Toyota first) and other high-level tech features. Plus, the Limited model costs less than a luxury sedan.