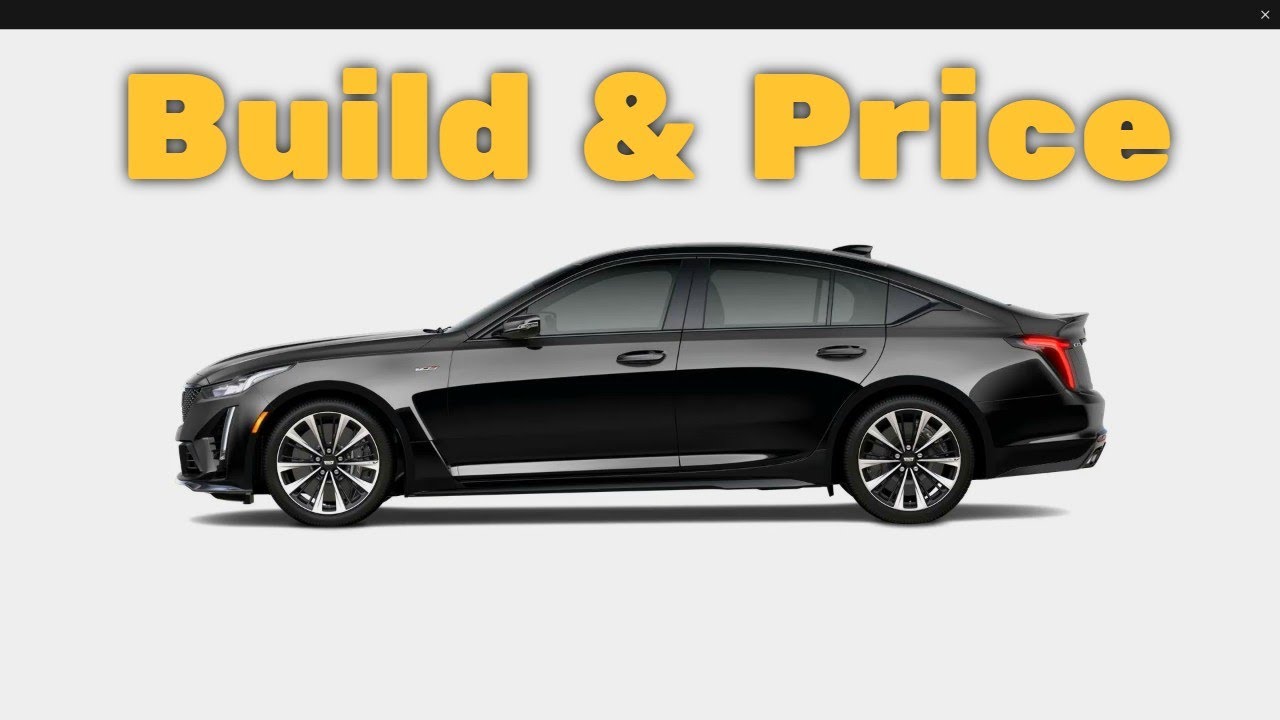 The 2022 Cadillac CT5-V Blackwing is the anti-Tesla. The CT5-V Blackwing roars to life with a supercharged V8 engine. This four-door sedan is a six-figure toy with rear-wheel drive that doesn’t follow the trends. It’s not an electric performance sedan. It’s barely even a Cadillac. Drivers who want to feel that they’re actively driving their vehicle and pushing it to the height of its performance power will enjoy every single high revving moment in this car.

Real Review of the 2021 Cadillac Escalade

The 2022 Cadillac CT5-V Blackwing has a hand-built 6.2 Liter supercharged V8 engine. The Blackwing produces 668 horsepower and 659 pound-feet of torque. Although that’s still not quite as powerful as a Dodge Challenger SRT Hellcat, the Cadillac Blackwing can match or beat a Lamborghini Huracan Evo in the right conditions.

The Cadillac performance sedan has a rear-wheel-drive set-up. When a vehicle has to transfer all of its horsepower to the road via the rear axle, it takes some time (and some rubber). Compared to a Tesla Model S Plaid, the CT5-V Blackwing just doesn’t transfer power efficiently enough to compete against the fastest electric sedan on the market. However, the 2022 Cadillac CT5-V Blackwing is just more fun to drive. It can put all its power into a turn because it has rear-wheel drive. This makes the CT5-V Blackwing more aggressive in the curves. It’s managed by a 6-speed manual gearbox. A 10-speed automatic transmission is available from Cadillac, but the CT5-V Blackwing is meant to be a shifter.

The Blackwing has long gear ratios. The first gear can reach above 50 MPH. You’ll top a 100 MPH just as you’re tapping into the third gear. That makes for a loud engine note that speed lovers crave, but you might never realize the Blackwing’s full potential while city driving. The Cadillac CT5-V Blackwing can race from zero to 60 MPH in 3.4 seconds and reach a top speed in excess of 200 miles per hour.

The CT5-V Blackwing has excellent handling thanks in part to its magnetic suspension. It’s called Magnetic Ride Control. The shock absorbers can make a thousand micro-corrections per second to maintain traction and deliver more control to the driver. You can fishtail, burn out, and accelerate through curves with the CT5-V Blackwing and it won’t leave you stranded in the ditch.

There is a bit of a learning curve for the Blackwing’s erratic steering though, but once you get the hang of it, you’ll manage to drive the Blackwing like you stole it in style. The 2022 CT5-V Blackwing is equipped with performance Brembo brakes on both the front and rear wheels. You can get carbon-ceramic brakes for a pricey upgrade from Cadillac. The Blackwing CT5-V has the largest brakes ever put on a stock Cadillac.

The Blackwing sedan comes equipped with Michelin Pilot Sport 4S low-profile tires. These are amazing tires for speed and purchase on asphalt. However, it might be a good investment to upgrade the Blackwing with the available all-season run-flat tires. It’s yet another pricey upgrade, but it could save you money down the road.

The Blackwing comes with performance traction management, launch control, and an electronic limited-slip rear differential. With the onboard drive mode selector, you can change the vehicle’s response to suit various driving conditions. There’s a mode for tour, sport, snow/ice, track, V-Mode, and a custom mode.

The Interior of the CT5-V Blackwing

Cadillac was once the gold standard for luxury. Size, opulence, and luxury were always a part of the Cadillac equation. Yet, the 2022 Cadillac CT5-V Blackwing dials it back a bit so that this high-performance sedan has a sporty performance interior to match its persona.

It’s a five-seater sports sedan with leather upholstery. Four passengers fit comfortably, and the front seats have thick side bolsters. The gear shifting knob has a hand-polished medallion on top that really stands out in the cockpit. Otherwise, there aren’t many high luxury amenities on display.

The interior has a 12-inch HD color instrument cluster and a heads-up display that appears in the lower quadrant of the driver’s field of vision. The CT5-V Blackwing is equipped with 3 USB ports, 12-Volt power outlets, Apple CarPlay, and Android Auto compatibility, as well as a 10-inch HD color touchscreen in the center dashboard. The Blackwing has wireless charging and a Wi-Fi hotspot. Plus, there’s an 18-speaker premium AKG sound system onboard.

The center touchscreen can be upgraded to include a performance data tracker. This computer system can record lap times and playback your drives. The software package helps competitive drivers shave seconds from their lap times and pinpoint errors in their driving technique.

The 2022 CT5-V Blackwing sits just a bit longer and lower than the regular CT5-V. It has a bold and busy front end with LED headlights and sharp angles. The Cadillac emblem sits as a centerpiece in the mesh grille. The hood has a clamshell-style.

The profile of the CT5-V Blackwing isn’t overstated. There’s a slight crease traveling the length of the doors. Side air intakes are almost deceptively hidden. 19-inch forged aluminum-alloy wheels are available in three different styles.

The rear of the vehicle has quad-tipped exhaust ports and a rear spoiler. In every color other than black, you can clearly see the black wing that gives this sedan its namesake. The 2022 CT5-V Blackwing doesn’t have huge rear fenders or anything that would mark it as a high-performance muscle car. It’s simply a clean and powerful aesthetic.

The Driver Awareness Plus Package comes standard on this performance sedan. It gives you lane-keeping technology that can alert the driver about vehicles in the blind zone. The Safety Alert Seats are a nifty amenity. If the vehicle senses a crash could happen, it sends a vibration to the driver’s seat in the direction of the potential crash.

At the Finish Line in a Cadillac Blackwing

The CT5-V Blackwing has a starting cost of $83,995. When equipped with performance and style extras the price of a 2022 CT5-V Blackwing can reach $100,000. When you compare the price of the Blackwing to other supercars, it’s clearly in line with the performance potential of its rivals. The only issue is that the 2022 Cadillac CT5-V isn’t faster than any of its rivals. For the price, drivers are paying for the thrill of a supercharged V8 that comes with a manual shifter and a loud roar. The sound you get from the CT5-V Blackwing’s quad-tipped exhaust is mesmerizing. It’s everything that car enthusiasts love about muscle cars.

The 2022 Cadillac CT5-V Blackwing is a bit of overkill for a daily driver. It constantly wants to rip up the road, and in city traffic, it’ll never get off the leash. The CT5-V craves excitement, and most city commuters can’t provide it on a regular basis.

However, the CT5-V Blackwing will be remembered favorably as Cadillac’s last gasoline performance car. In an automotive market that’s dominated by electric performance cars, the 2022 Cadillac CT5-V Blackwing represents the pinnacle of gas-powered, supercharged muscle. It’s unlikely that there will ever be a vehicle like the CT5-V Blackwing produced after 2022. That makes it even more special. Is it worth the price tag? Well, just take it for a drive before you decide.