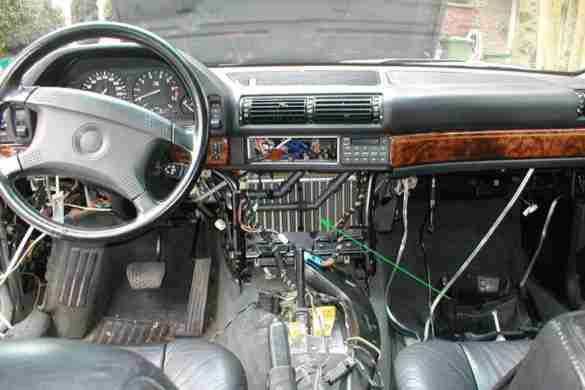 Does a Heater Core Fail?

No automotive component lasts forever, though, and heater cores are no exception. It’s not uncommon for heater cores to fail after about 10 to 15 years; with a neglected coolant system, failure can occur even sooner. Unfortunately, diagnosis isn’t always easy. Because the heater core typically is behind the passenger-side firewall, you can’t see it without taking apart the dashboard and other surrounding components. But there are a few signs you can look for that indicate a failed or failing heater core.

What symptoms can indicate a failed heater core?

It’s normal for condensation to appear on the inside of your car’s windows. That typically occurs when the air outside your car is colder than the air inside the vehicle. The temperature nuances between these two environments cause moisture to settle on the inside of your windows, resulting in fog. Turning on the cabin heater or defroster should eliminate condensation on your windows — but only if the heater core is functioning correctly. If your heater core is ruptured, pressurized coolant will escape when you turn on the heater or defroster. The coolant-filled air will then enter your car’s cabin where it causes condensation to form on the windows.

Keep in mind that you should only check your radiator’s coolant level when the engine is completely cold. Removing the radiator cap on a hot engine can spray 200-degree pressurized coolant onto your skin, so wait until the engine has completed cooled off. For added protection against injury, cover the radiator cap with a towel and turn slowly to remove it.

5 Tips for Buying the Right Tires

Even if your passenger-side floorboard is dry and the windows aren’t fogging up, you may notice a sweet smell inside your car’s cabin when the heater core leaks. The main ingredient in the coolant is an organic compound called ethylene glycol, and the vapors of this compound have a unique sweet odor that lingers in the air. If your heater core has a pinhole leak, a small amount of coolant may leak into your car’s cabin. It may not be enough to cause moisture on the floorboard or windows. Instead, the only sign of this leak is a sweet smell.

What to Do When Your Car Engine Overheats

What Should I Do If My Heater Core Has Failed?

If you believe that your car’s heater core has failed, you should replace it as soon as possible. Aside from the brutally cold cabin interior that you’ll have to endure during the winter, a faulty core can cause your car’s engine to overheat, which can lead to severe damage. Some engines are more resistant to heat-related damage, but they all can experience blown gaskets, warpage or cracks when exposed to enough heat. By replacing your failed heater core, you can avoid these costly problems and enjoy a comfortable cabin when driving during the winter.

7 Signs Your Car Has a Blown Head Gasket