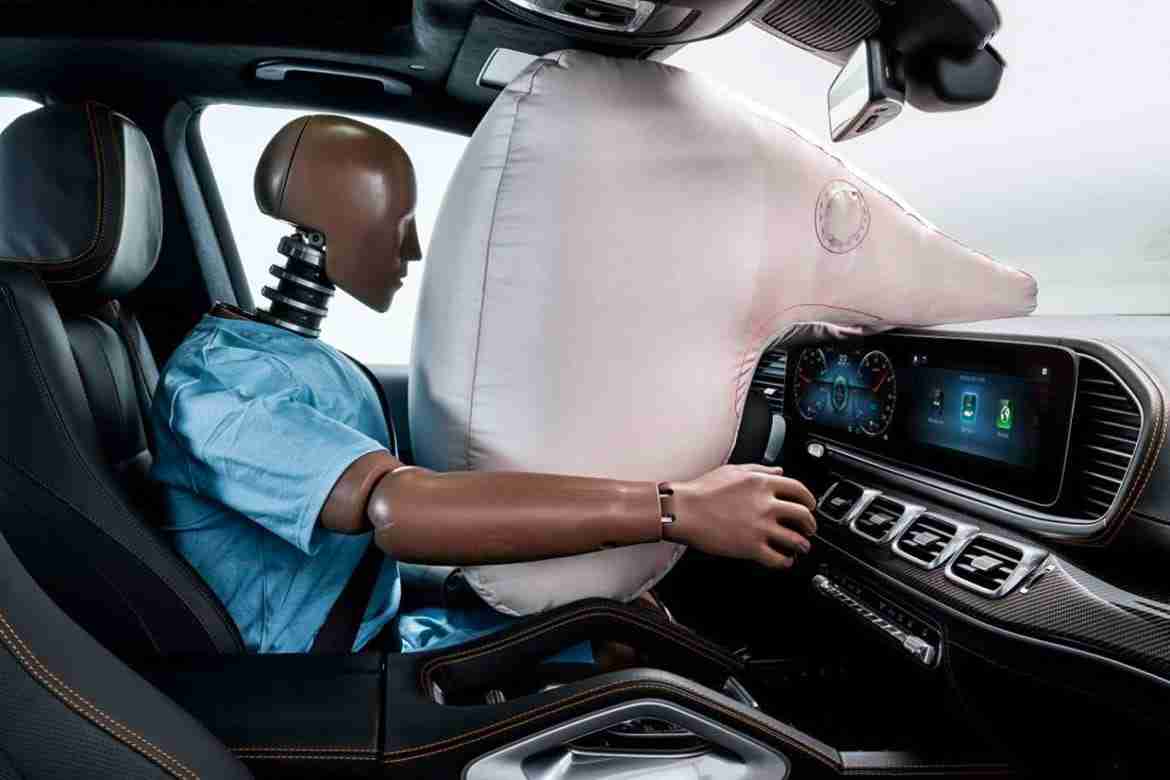 Airbags are standard features in most vehicles today, but thankfully, not many of us get to see them in action. The numerous crash test videos one can find online illustrate exactly how life-saving they can be in the event of a collision. In fact, the National Highway Traffic Safety Administration (NHTSA) says that over 18,300 people are alive today because of airbags. Using a lap and shoulder belt in a car with airbags has even been found to reduce serious head injury by about 80%.

Every day, vehicles with airbags are sold, amounting to around 1 million every month. According to the NHTSA, over 163 million cars and light trucks in the US are equipped with driver airbags, while over 144 million are equipped with passenger airbags.

This vehicle safety device—which inflates upon collision and acts as a cushion preventing those inside the vehicle from acquiring severe injuries—has saved thousands upon thousands of lives. Who invented airbags, and for what reason?

The history of airbags

The very first airbag was created by two English dentists, Arthur Parrott and Harold Round, in the 1910s. The two treated victims during World War I and, thus, observed various types of injuries due to bullets, bombs, and vehicular collisions. They created their “air cushion” as a way to prevent jaw injuries as the device could be installed in both automobiles and aircraft. They filed for a patent on November 22, 1919, and received it on February 17, 1920. Though Parrott and Round were from Birmingham, England, they chose to file for a patent through the United States Patent Office.

Decades later, an American named John W. Hetrick would develop what is considered the first modern-day airbag. Hetrick was out with his wife and seven-year-old daughter on a Sunday afternoon in their 1948 Chrysler Windsor. They were headed to the Pennsylvania countryside when they tried to avoid both a deer and a large rock in their path. Hetrick was able to hit the brakes in time and steer the car away from the nearby tree and wooden fence, leading them into a ditch.

Hetrick later told the American Heritage magazine that he couldn’t stop thinking about the accident on the ride home. He said, “As I applied the brakes, both my wife and I threw our hands up to keep our daughter from hitting the dashboard.” Hetrick wondered if an object could somehow come out and stop people from “striking the inside of the car.” This laid the foundations for the concept of the airbag. That same day, he began designing the “safety cushion” he would pay $250 to patent it on August 5, 1952. It took over a year to finalize, but by 1953, he received the patent for the “safety cushion assembly for automotive vehicles.”

German inventor Walter Linderer also patented his “inflatable cushion” based on a compressed air system in 1953. The cushion was designed to be released either by the driver or by bumper contact. Unfortunately, studies in the 1960s found that compressed air failed to inflate airbags fast enough during collisions, making them ineffective. Linderer’s invention still provided the groundwork for automakers hoping to make their vehicles safer for consumers.

By the late 1950s, automakers such as Ford and General Motors had begun working on the development of inflatable restraints, eventually discovering that they would have to be both fast and accurate. To be effective, airbags would have to be released within 40 milliseconds of sensing a crash. Airbags were also found to cause a problem in place of the one they solved: injuries in the passengers they save.

In 1967, American mechanical engineer Allen Breed developed crash sensing technology. At the time, he sold the device for $5. It is still considered the world’s first electromechanical automotive airbag system.

The same year Breed created his airbags, German automobile company Mercedes-Benz began developing airbags as well. The issue of car safety became a hot topic as more and more Americans died on the road. By 1968, the NHTSA made seatbelts a mandatory feature in vehicles, and cars in the US were required to have “automatic occupant protection systems” by 1969. Automakers like Ford and General Motors opposed the mandatory use of airbags, but eventually, governmental regulation made it necessary for their incorporation into vehicles.

General Motors’ luxury car Oldsmobile Toronado became the first vehicle with a passenger airbag in 1973. They also equipped the 1973 Chevrolet Impala with airbags for government use. Throughout the next few years, GM’s air cushion restraint system (ACRS) became an option for vehicles such as their Cadillacs and Buicks. However, a lack of demand for the ACRS led the company to discontinue the option beginning in 1977.

Ford also had an experimental airbag fleet in 1971 but, unlike General Motors, chose to offer airbags again in 1984 for their Tempo model. For a long time, automakers like Honda and Volvo offered the airbag only as part of their higher-end models. It was during the 1990s that airbags truly became a common feature in mainstream American and European vehicles.

In 1991, Breed – who several decades prior created the crash sensing technology mentioned above – received a patent for airbags which used two layers of fabric. When the airbag was triggered, it would inflate then let some gas out, making it safer for passengers by reducing the device’s rigidity. Breed is known to have designed over two dozen car safety inventions and created Key Safety Systems, Inc., a leading manufacturer of airbags, seatbelts, and other crash-sensor supplies and safety systems. US federal legislation made airbags mandatory in all cars and light trucks in September 1998, giving way to a safer future behind the wheel.

The airbags of today are not the airbags of tomorrow. Automakers have long been studying how airbags could be improved to reduce injuries, especially in frontal collisions. With the emergence of electric power steering and autonomous driving, they must now develop airbags with future use in mind.

Buying a Car? How to Prioritize What’s Most Important