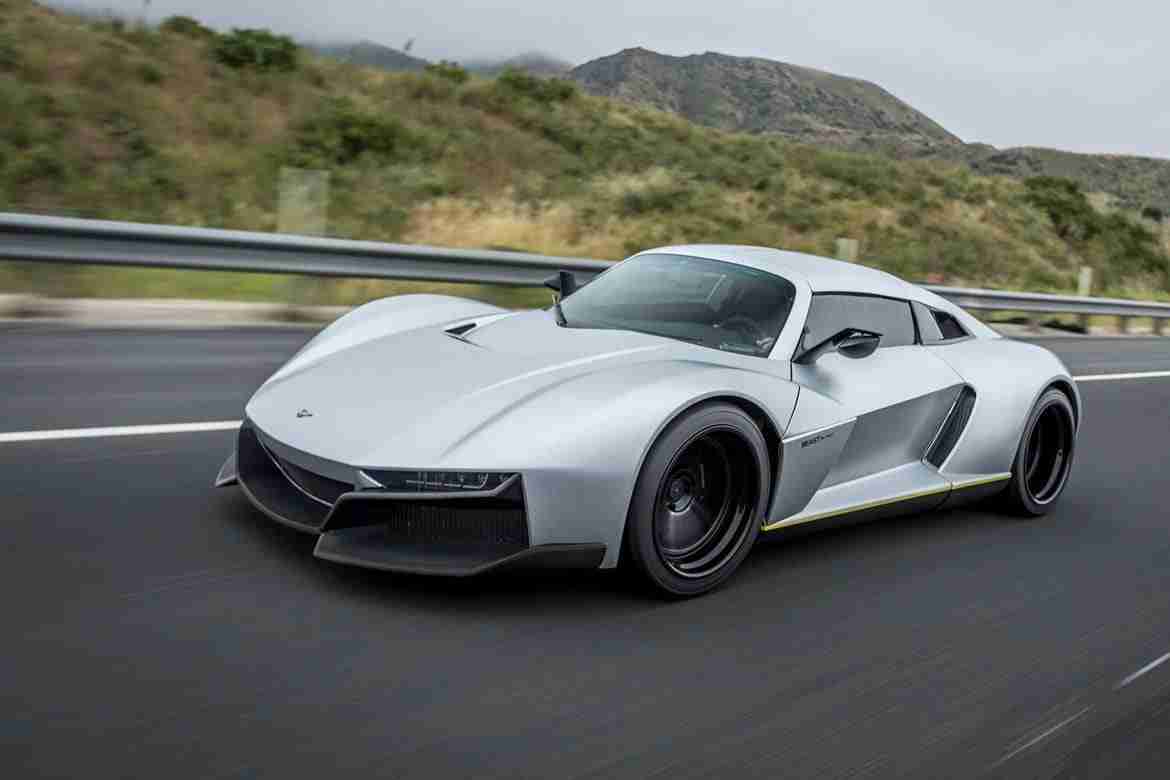 Rezvani Motors swept in under the radar in 2015 with their first supercar – the Rezvani Beast. Now, there are three different models. There’s the original Beast, Beast Alpha, and the Beast Alpha X Blackbird.

The Rezvani Beast isn’t just an Atom knockoff though. The Rezvani Beast sits low to the ground and stretches out a bit to 165.2 inches long and 80.1 inches wide. It has track-inspired aerodynamics and anything that doesn’t contribute to speed has been stripped out of the specifications. The Rezvani speedster is certainly a Beast, but it’s a creature of precision, as well.

The Rezvani Beast is a speedster with lots of acceleration and passion for racing. It has a ridiculously light carbon fiber body and an almost “kit car” approach to the design. The motor comes from Honda. The chassis comes from Ariel. The headlights come from Acura. Yet, somehow it all comes together to make something different —a true Beast. 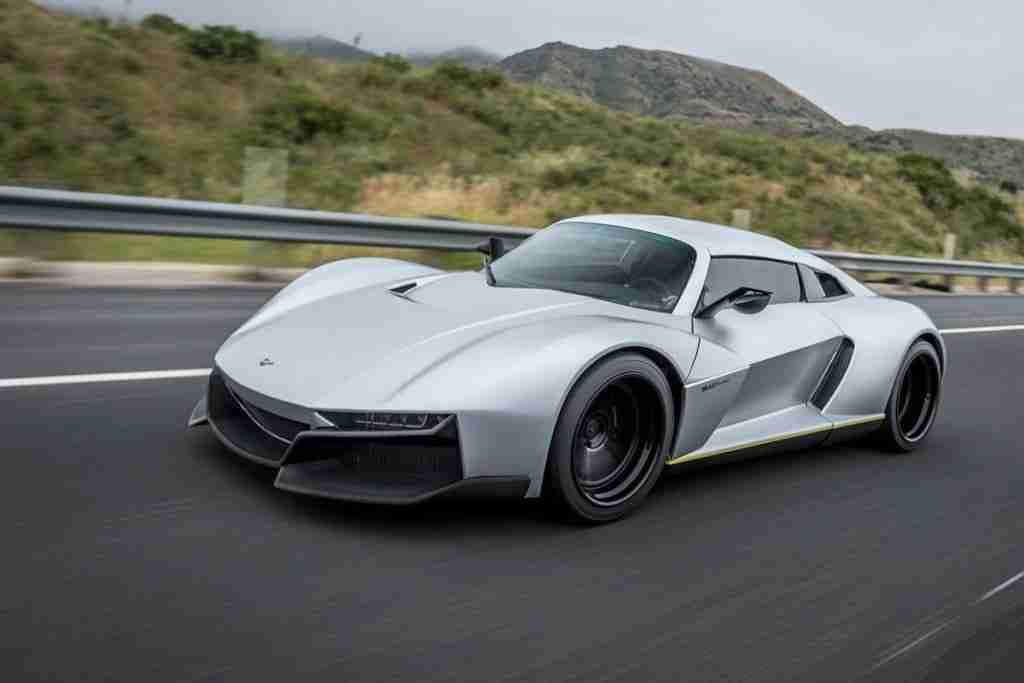 The Rezvani Beast has a carbon fiber body that weighs just 1,650 pounds. Compare that to other supercars like the Lamborghini Huracan Evo and you’ll see just how lightweight the Rezvani Beast really is. The Huracan Evo has a dry weight of 3,134 lbs.

The front fascia of the Beast has a unique jewel LED headlight configuration. There are five different individual LED lights in the cluster. That’s a direct lift from Acura. The hood is low and tucked in-between muscular front fenders. The hood has dual air extractors and an inverted wing in the bottom of the front fascia for added downforce.

The profile of the Beast has air intakes in the doors that channel air to the rear diffusers. The side mirrors are externally housed and made of carbon fiber. The exhaust tips are in the top of the vehicle as opposed to being down low near the rear. They have a trapezoid shape that you won’t find on many other supercars.

5 Fast Ways to Earn Money with Your Car

The exhaust note of the Rezvani Beast is throaty and raw. Yet, the engine is basically a suped-up inline four from Honda. The heart of the Beast is a supercharged 2.4 Liter K24 engine from Honda Racing. It’s capable of producing 500 horsepower. It’s managed by a 6-speed manual transmission.

The Rezvani Beast specs have a bit of grey area where it comes to performance. The Beast is capable of going from zero to 60 MPH in 3.2 seconds, but track tests have clocked the Beast at around 2.7 seconds. So, in certain conditions, the Beast can beat out V8 supercars with a Honda four cylinder engine. That’s quite impressive.

Handling is superb thanks to the premium racing tires and sport-tuned suspension. It’s a rear wheel drive vehicle but doesn’t fishtail all over the road like a Mustang or Corvette. The pure performance specs might not seem like much, but when you factor in the carbon fiber body, the low curb weight and aerodynamics, then you start to realize that the Beast is a serious speed demon.

How to Cut Automotive Gas Costs 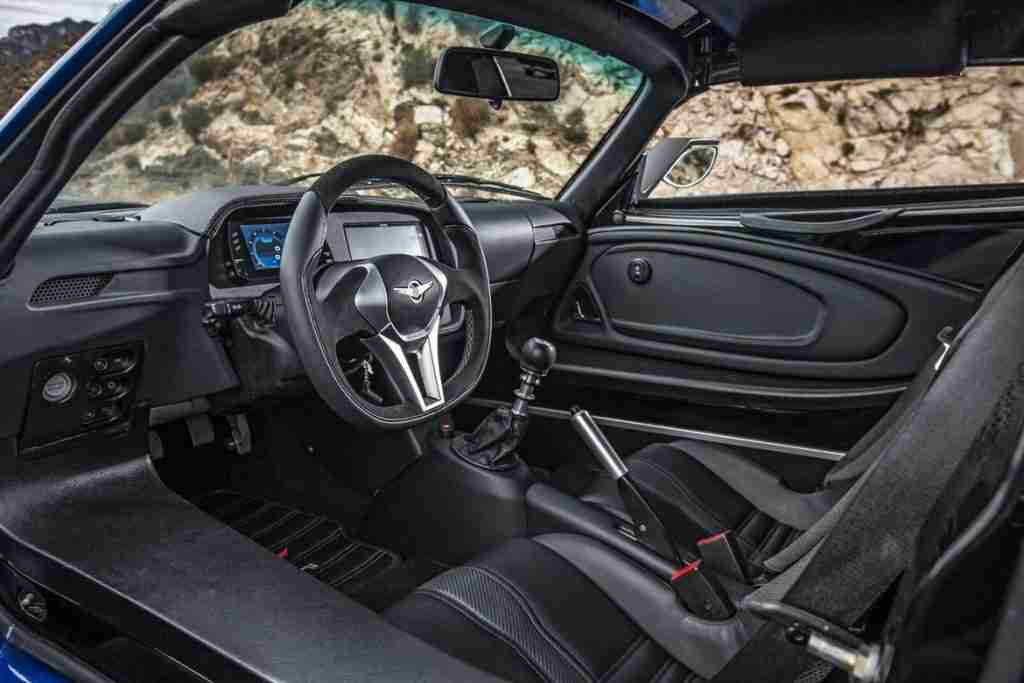 The layout of the cabin is focused almost entirely on the driver. The steering wheel is firm in the hand with a flat bottom D-shape. The instrument cluster is part digital display, part jet engine cockpit. There is a mix of configurable digital gauges and analog switches at play there. The shift times are already pre-programmed though, providing the driver with the optimal times for shifting in the gear ratio. So, there’s no tweaking allowed.

The Rezvani Beast has a two-seater cockpit with ergonomic seats. Other supercars put more padding and bolsters in their seats, but the design philosophy at play here is aimed at reducing the overall vehicle weight. So, the seats are a bit barebones. It has carbon fiber seats, carbon fiber steering wheel inserts, carbon fiber everywhere that you look.

Safety in a Beast

There are safety concerns galore in a tiny, little speedster like the Rezvani Beast. There’s no top and very little protection from external impacts. There are 4-point seatbelts in the Beast, but passengers are encouraged to wear a helmet.

There’s no power steering, anti-lock brakes or traction control in the Beast either. That means the driver is in full control of the vehicle and that makes the Beast somewhat unforgiving. It’s not for novice drivers to toy around with on busy city streets.

The Rezvani Beast is basically a street legal race car. It’s an open-air speedster that critics will say is reminiscent of a suped-up go-kart. That is, until they hear the powerful roar of its supercharged engine.

The Beast provides a visceral driving experience. It has a manual gearbox and the driver is in total control of moving the vehicle. There’s a ton of haptic feedback from the carbon fiber steering wheel and there just isn’t anything extra in the Beast to distract you from the fact that you are driving.

Now, this is not the ideal daily drive car. It’s a racing toy for speed enthusiasts who might prefer to get closer to the road, closer to the actual mechanics of the vehicle. The Rezvani Beast brings you danger close and merges man with machine.

According to the manufacturer, the Beast has a starting cost of $279,000. When you start comparing supercars in that price range there are other good choices. Everything is fun to drive at that price point. However, the Rezvani Beast is a bit more exclusive than an Aston Martin, Porsche or Lamborghini. It certainly doesn’t have a lot of luxurious amenities, but it makes up for that with pure, unadulterated excitement.