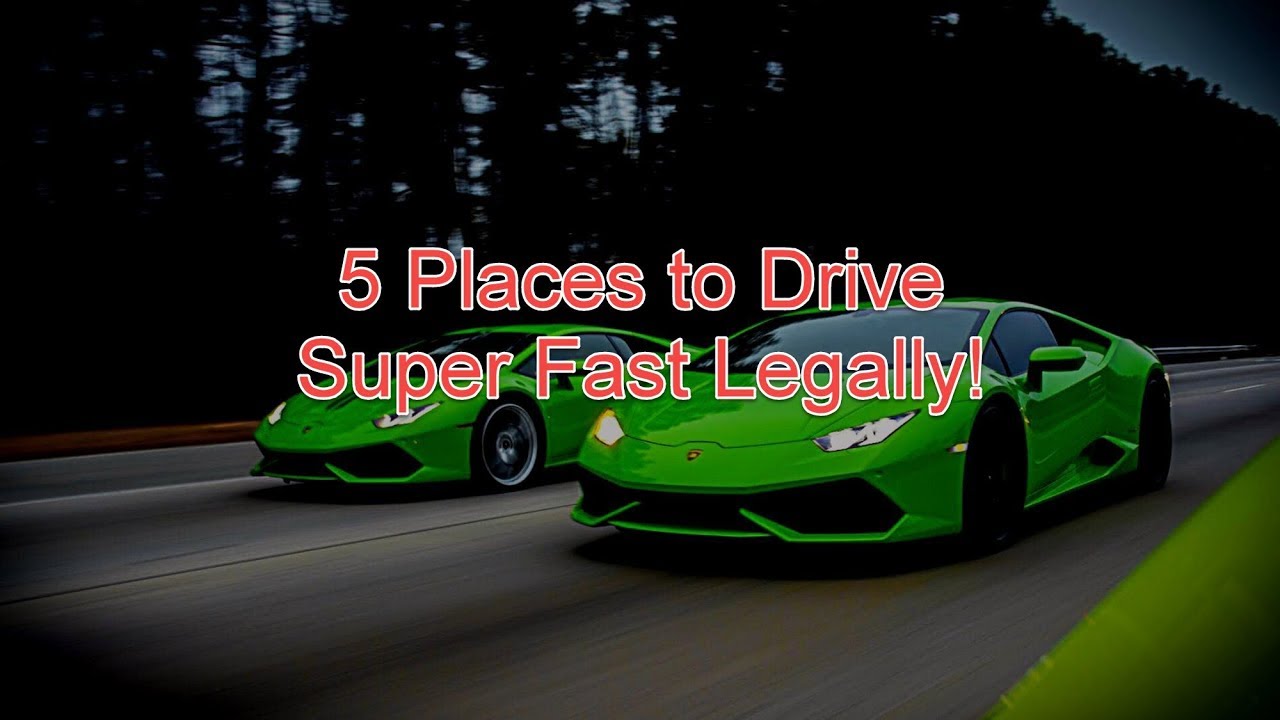 Every licensed driver is taught not to speed. Speeding presents a hazard on the road, not only endangering those in the speeding and oncoming cars but also pedestrians. Despite the constant warnings given to drivers to consider public safety, a vast number of speeding vehicles are caught every day, all around the world.

87% of drivers exceeded the speed limit on 20mph roads in 2018. However, only 52% of drivers drove too fast on 30mph roads, which decreased to 46% on motorways. Therefore, the study shows that drivers tend to speed on roads with lower speed limits. Though motorists recognize that speed can cause road accidents, many continue to speed, either intentionally or unintentionally.

What makes drivers choose to endanger themselves and others when they can just as easily, not speed? Keep reading to find out why people speed when driving.

Why Do People Drive Intoxicated/Drunk?

They may have a medical emergency and need to head to a hospital, or be late for a meeting and rush to the office. Maybe they even just need to reach a bathroom. Some drivers want to get from point A to point B as fast as possible, regardless of any speed limits they must follow.

2. They love the thrill

The excitement and thrill of speeding are most evident among young male drivers who love driving faster than they should. They might be after the image of being a daredevil behind the wheel or craving acceptance among their peers who drive over the speed limit. Ultimately, they want to feel like they belong and take part in the group identity, and that identity may involve speeding.

3. They are familiar with the road

Like any routine, driving the same road to and from work or school every day can give one a sense of comfort or familiarity. This feeling allows drivers to trust themselves and their instincts when driving instead of being careful about the speed at which they are driving. They may be so familiar with specific intersections and expect no other cars to pass there at a particular time, causing them to drive faster than on streets with which they are unfamiliar. This is the reason many car accidents occur so close to the driver’s home.

4. They take drugs or alcohol

According to the National Highway Traffic Safety Administration (NHTSA), almost 30 people die in the US every day due to car accidents related to drunk driving. That equates to around one person every 50 minutes. In 2010, drunk-driving crashes cost the country $44 billion. Instead of driving under the influence, drivers can choose a designated driver in their group to stay sober and bring them home. However, some drivers actively choose to consume alcohol or drugs to add to the thrill they feel when speeding.

Road rage is the term used to refer to motorists’ anger or aggression on the road. The NHTSA says that road rage incidents have been increasing over the years, with fatal car crashes associated with road rage jumping almost 500% between 2006 and 2015. In 2006, they recorded 80 fatal car crashes linked to road rage. In 2015, they recorded 467. Motorists could lash out at other cars by using their cars to express their frustration. Sometimes, this results in high-speed car chases. Other times, they intentionally cause car collisions.

5. They are too confident

While younger motorists may speed to seem cool in front of their friends, older motorists may have too much confidence in their driving abilities. Anyone can end up feeling too confident if they spend enough hours behind the wheel. Their experience can give them a false sense of security and let them think they can handle anything while driving, even if they speed.

6. They are curious or bored

Maybe the driver has never driven fast before and wants to try it at least once. Perhaps they have seen their parents, siblings, or friends drive fast and want to get in on the action. The problem is that even just a few seconds of speeding could result in a fatal car crash. In this case, it would probably be better not to let curiosity kill the cat.

7. They are unaware of the speed limit

Drivers stopped by police for speeding often try to excuse their behavior by explaining they were unaware of the road’s speed limit, which means their speeding was unintentional. They could argue that they never saw a speed limit sign and were unaware of the roadway’s speed limit. It is possible that they were not paying enough attention to their driving and were distracted by their passengers or the music on the radio.

8. They love how it feels

Drivers who speed because it feels good do not necessarily do it for the thrill. If they have a luxury sports car made for fast speeds, they may end up speeding to make the most of their vehicle.

How to Get Better Gas Mileage and Improve Fuel Economy

The drivers most likely to speed

There is a clear difference between different types of drivers, and researchers have been able to link speeding with drivers’ age, sex, and preference for risky behavior. The European Commission states that people who prefer exciting and challenging activities are more likely to drive fast. The same is true for young drivers, male drivers, and drivers on the road for professional purposes.

Traffic organizations seem to agree on one thing: adherence to speed limits can lead to safer roads.