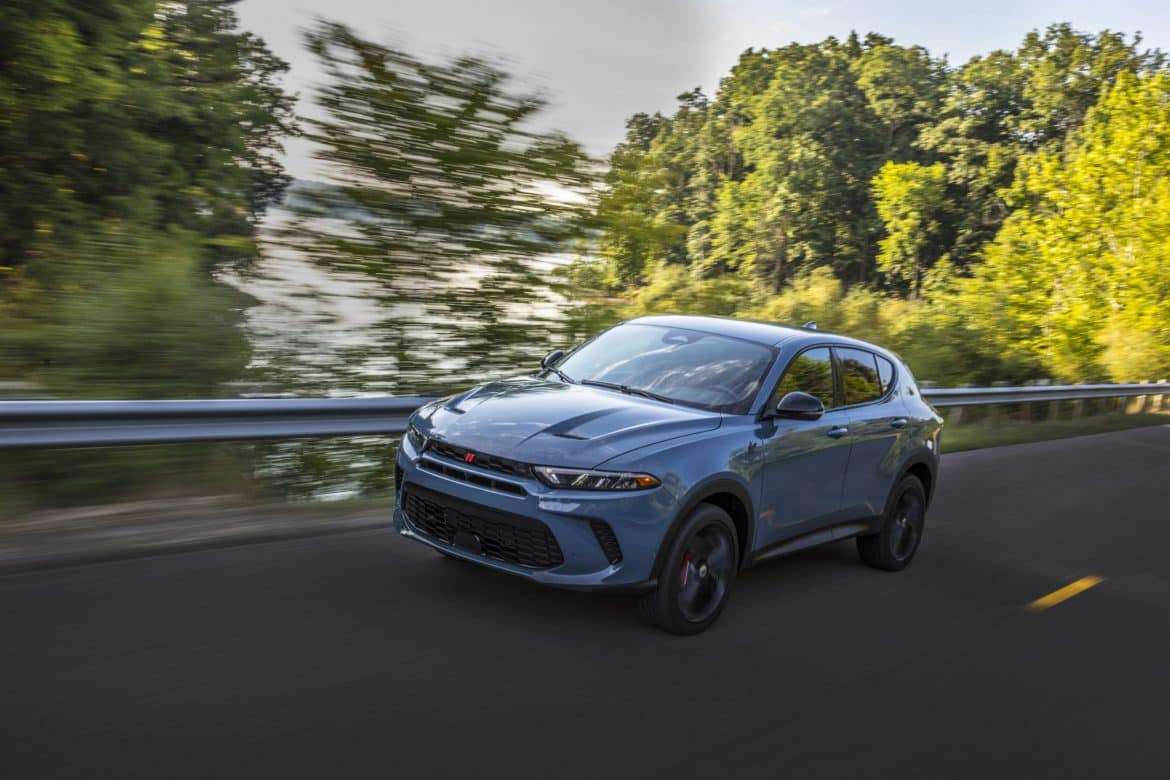 The brand-new 2023 Dodge Hornet is the quickest, fastest, and most powerful compact utility vehicle (CUV) available for under $30,000.

With Dodge’s combination of muscular appearance wrapped around best-in-class standard performance from a multi-energy powertrain roster and a swarm of class-exclusive performance features, the 2023 Dodge Hornet reshapes the rapidly expanding CUV category.

The all-new Dodge Hornet R/T is the first electrified performance car, and it marks the beginning of the Dodge brand’s electrified vehicle.

The Dodge Hornet is ready to shake up the popular compact utility vehicle sector with undeniably Dodge’s look, feel, and performance.

With aggressive Dodge styling, the most power in the segment from their multi-energy lineup, the best driving dynamics, a full lineup of segment-exclusive performance features, the best standard technology, as well as available Direct Connection factory-backed performance upgrades, Hornet shakes up the status quo.

Dodge brand has just begun the journey toward electrification.

Is Dodge Bringing Back the Hornet? 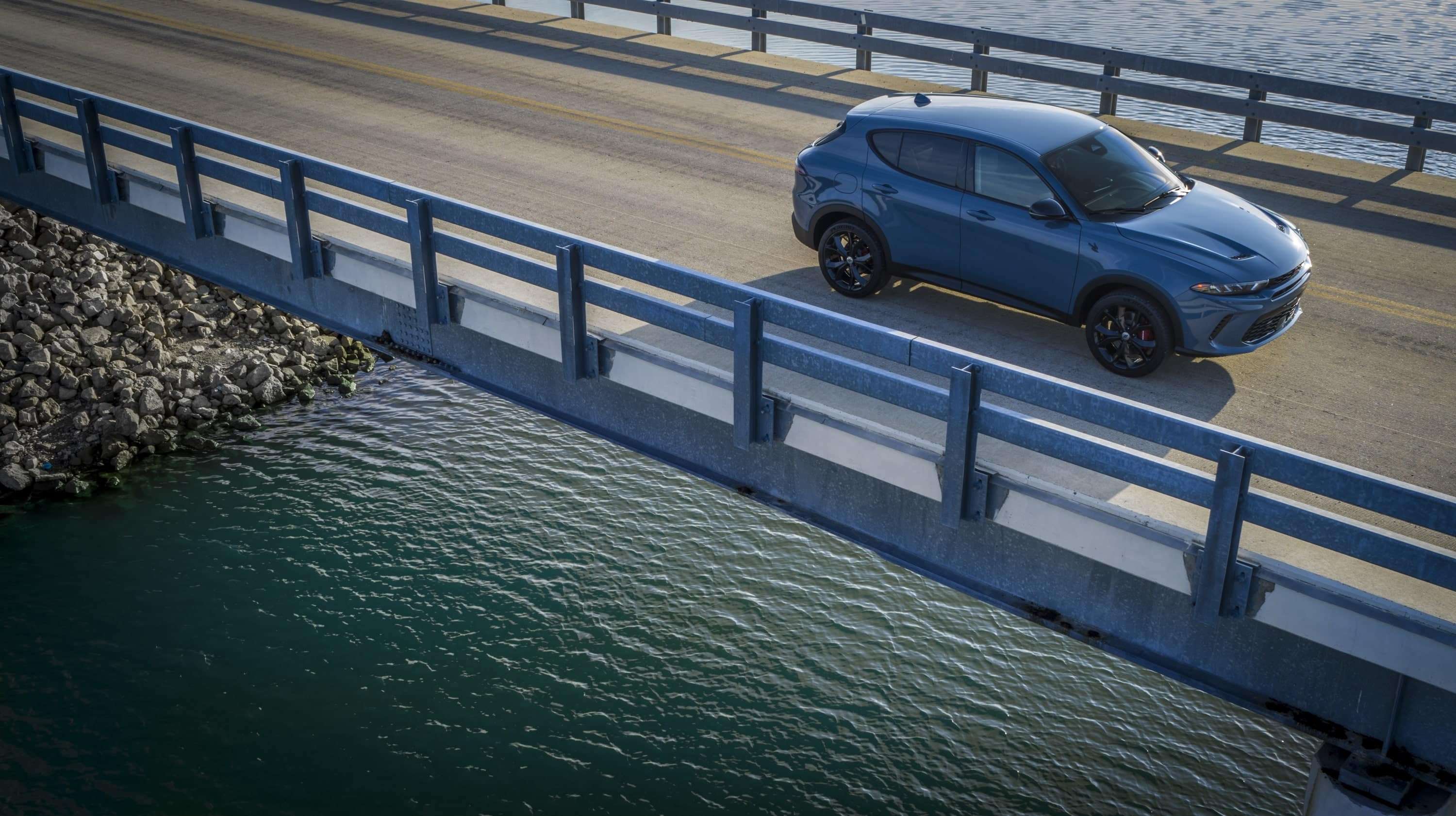 Dodge is bringing back the Hornet nameplate and it is going to debut as a brand-new model in 2023. The subcompact SUV brings in a new age of electrified vehicles for Dodge and shares many components with the Alfa Romeo Tonale.

The Hornet will be the smallest vehicle offered by Dodge, fitting into their lineup.

As the brand’s first compact SUV and plug-in hybrid, the Hornet will replace the midsize Durango SUV in Dodge’s current lineup. The all-new 2023 Dodge Hornet hopes to draw in more buyers without the bulky HEMI.

The 2023 Dodge Hornet Is Being Offered In 2 Trim Levels

A “murder Hornet”-inspired car is brought to life with a Blacktop package, which is offered for both R/T and GT. It achieves a blacked-out look by adding:

Available for both R/T and GT, the Track Pack kit offers the most performance-oriented configuration and upgrades to 20-inch Abyss wheels, with additional interior and performance features.

The performance interior adheres to the driver-focused design that is a trademark of the Dodge brand vehicle portfolio on the inside.

Subtly “pointed” toward the driver, the center stack controls, display screens, and more put the driver in the cockpit in the center of the action.

The black inside of the Hornet features red stitching elements that are standard, notably on the mid-bolster, seats, and armrest.

Accents on the center switches and vents add a thin, technical accent that improves the interior’s performance appearance.

On the accent-painted finish console, the ignition control is prominently located.

The flat-bottom performance steering wheel has a button that allows drivers to select between Sport and Standard drive modes for the GT and hybrid driving modes for the R/T.

This keeps the driver engaged with the vehicle and puts additional performance controls at their fingertips.

Alcantara seats, which are class-exclusive and come with an embroidered Dodge Rhombi emblem as part of the Track Pack option, are among the premium interior accents.

The special “red crust” features on the racing-themed Alcantara seats visually pop out and then fade away, emphasizing the distinctive Alcantara seat perforation.

The GT Plus and R/T Plus come standard with leather seats, and Dodge made sure to offer optional red leather seats for customers looking for extra Dodge attitude inside. 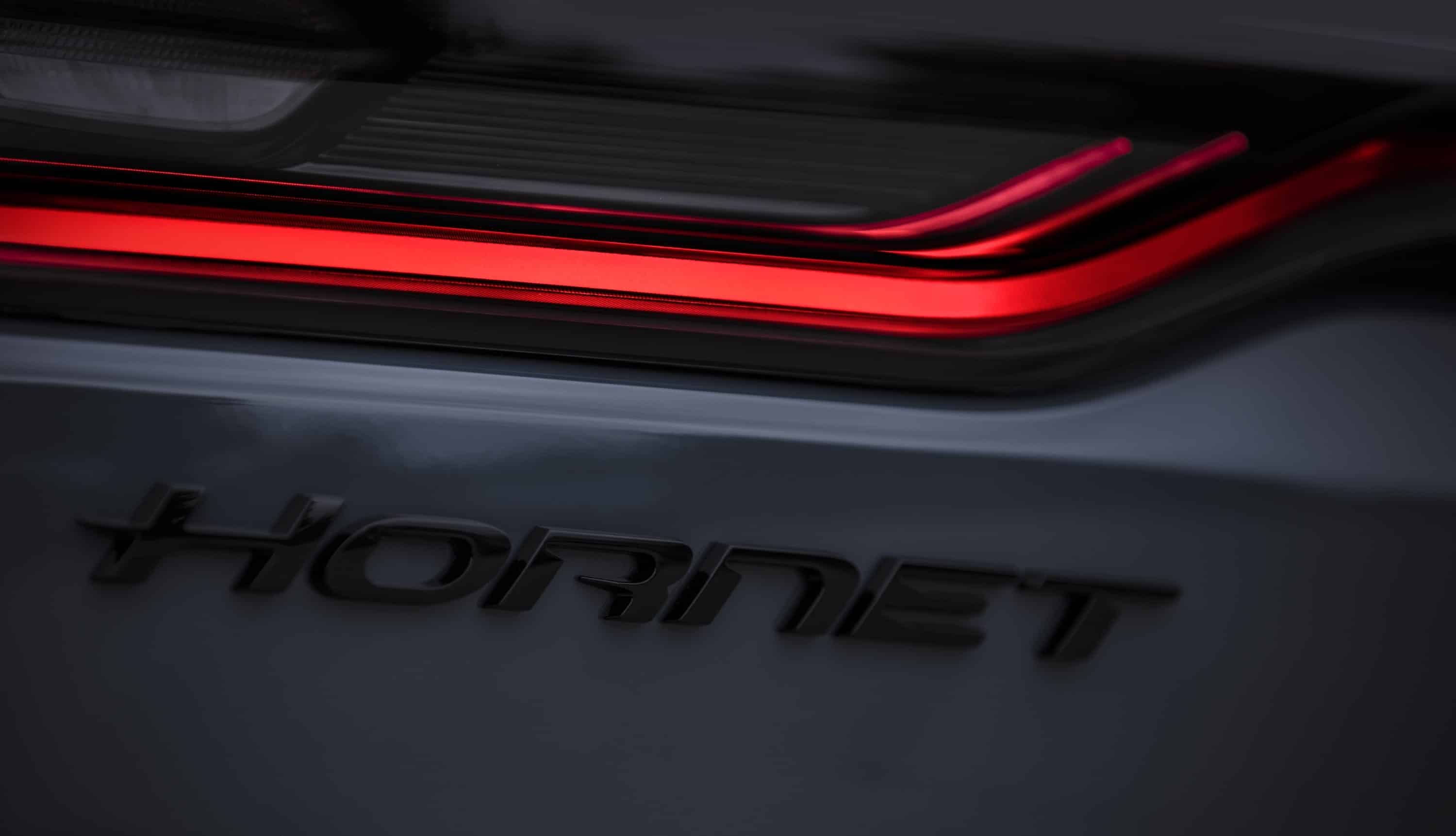 The 2023 Dodge Hornet R/T has an all-electric range of more than 30 miles. The rear axle is driven by an electric induction motor with a 90-kW output that can produce 184 lb.-ft. (250 Nm) of torque at zero rpm.

A 15.5 kWh lithium-ion battery pack that has a refrigerant gas cooling circuit to keep the battery at the right temperature further optimizes power.

The engine belt receives thrust from a starting generator, which helps with dynamic responsiveness and battery recharge.

Using a Level 2 charger, a full battery charge may be achieved in about 2.5 hours thanks to a high-power inverter and a 7.4-kW charging module.

The six-speed automatic transmission is paired with the R/T PHEV system.

The Hornet R/T PHEV has a performance-focused Sport Mode that can be engaged by pressing a dedicated button on the center console.

This mode enables a sharper throttle, an optimized shift pattern, access to the hybrid system’s power and torque, and a more responsive steering wheel.

The class-exclusive PowerShot feature of the Hornet R/T PHEV maintains additional “sting” in reserve, ready to be released through a burst of 25 horsepower and instant torque.

Only the R/T can use the PowerShot feature: 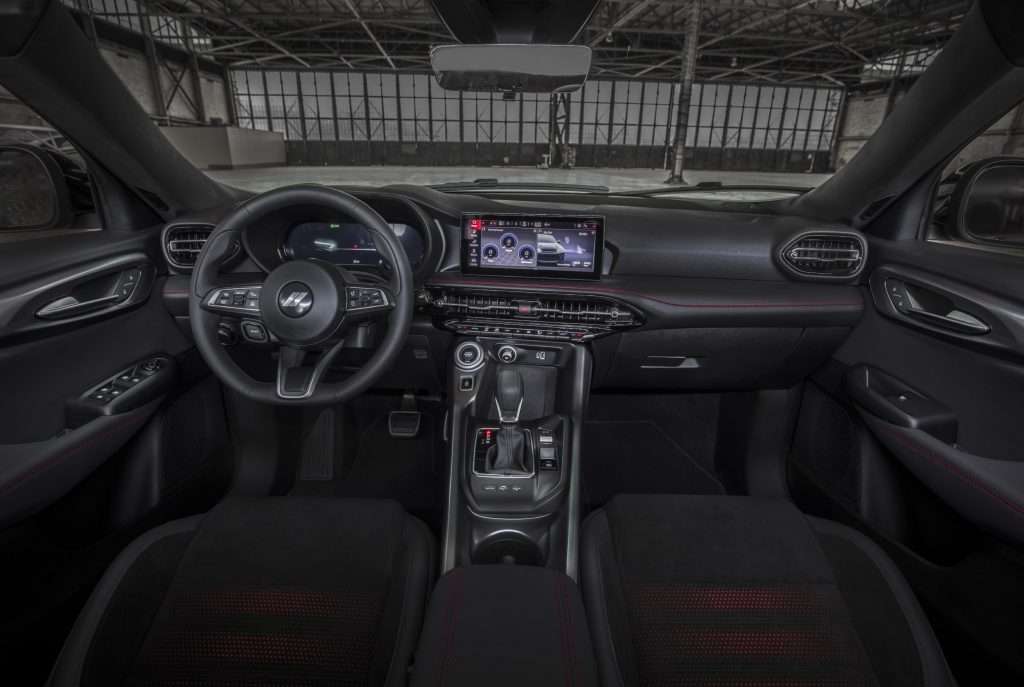 The Hornet R/T PHEV can be adjusted by drivers to best suit their driving requirements by choosing one of three hybrid operating modes.

Available driving modes include the following and are controlled by a dedicated button conveniently situated on the steering wheel:

The Hornet R/T PHEV also utilizes regenerative braking, which recovers kinetic energy and stores it in the battery for later use, as well as an e-Coasting function, which is initiated upon throttle release, to provide more energy recovery and shorter stopping distances.

The 1.3-liter engine that powers the front axle and the electric motor that powers the rear wheels are instantly switched out by the Hornet R/T PHEV all-wheel drive system to give all four wheels the best possible grip and handling.

While other subcompact SUVs offer a more upscale experience, the 2023 Dodge Hornet takes a sportier appearance. We will have to wait and see if it will deliver on its performance promise.