The future of self-driving cars and automotive technology is occurring at the moment, and you may actually have the ability to afford it. There once was a time when the notion of cars that can drive themselves was an “if” or a”maybe.” That time has passed and now automakers are planning their new vehicles with autonomous driving attributes.

Some self-driving cars will take your kids to their soccer match and others will bring groceries right into your garage. Self-driving car technology and its uses are sure to change the world forever.

Read Also: 5 Transportation Apps Every Commuter Should Have

A Brief Introduction to Self-Driving Cars 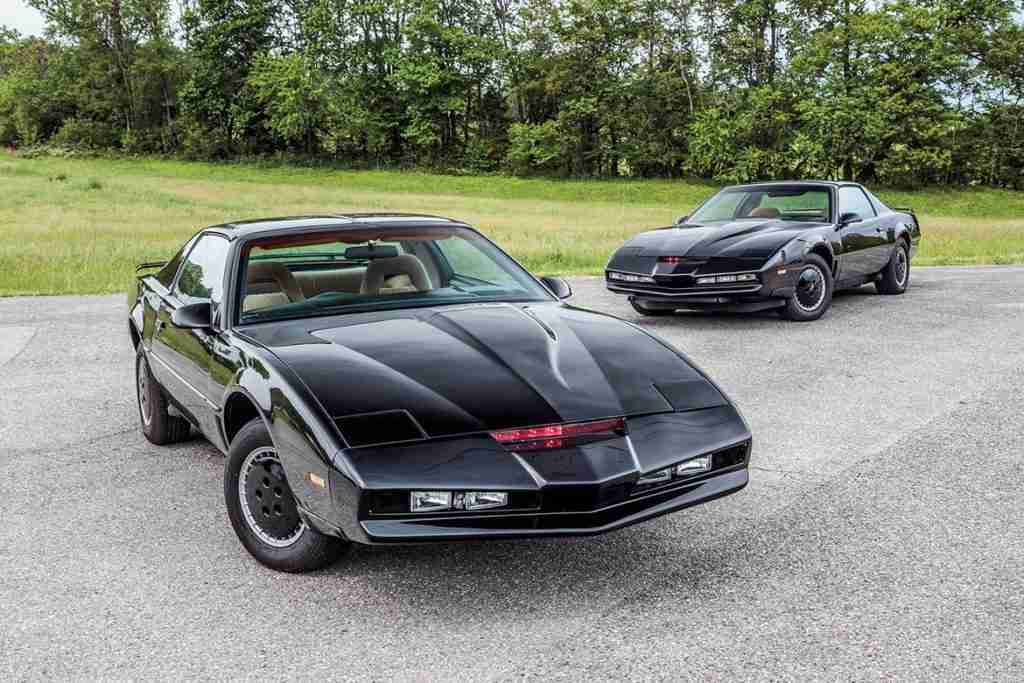 A car that does not require a drivers input isn’t a brand-new idea. In actuality, the inventor Francis Houdina showcased a full-sized radio-controlled automobile on the streets of Manhattan back in 1925. However, the motor vehicle was just getting started and people were excited to get behind the wheel and drive one. So, the concept of self-driving cars was finally tabled for decades.

In 1969, John McCarthy wrote an essay entitled “Computer-Controlled Cars” in which he postulated that a car could be driven by tv input and keyboard controllers.

Read: The Pros and Cons of Electric Cars

There were several iconic self-driving automobiles in pop culture, also. Recall KITT from Knight Rider? In the 1980’s, a self-driving Pontiac Trans-Am helped Michael Knight solve crimes and even had a witty character and a pulsating red neon light.

In the 1980’s, Transformers was among the most popular animated shows on tv and it featured autonomous automobiles which were actually benevolent robots from outer space.

Self-driving cars were not always viewed as boons to society, however. In actuality, an out-of-control autonomous car sent Arnold Schwarzenegger for a wild ride in the 1990 movie Total Recall.

Throughout the 1990 and early 2000’s, semi-autonomous driving appeared to be grabbing some traction in the real world. In 1995, researchers from Carnegie Melon took a semi-autonomous automobile across 2,797 miles while just intervening for braking and acceleration. That hardly seemed like the actual deal, so developers changed gears so to speak.

The next step in autonomous driving history concentrated on parking. From as early as 2003, the Toyota Prius and Lexus LS had the ability to practically parallel park themselves. From 2009, active parking assist attributes became commonplace and concept vehicles by the top automakers showcased new self-driving safety features like adaptive cruise control, lane keeping assist, and crisis automatic braking.

Self-Driving Cars: Who Leads The Frontier? 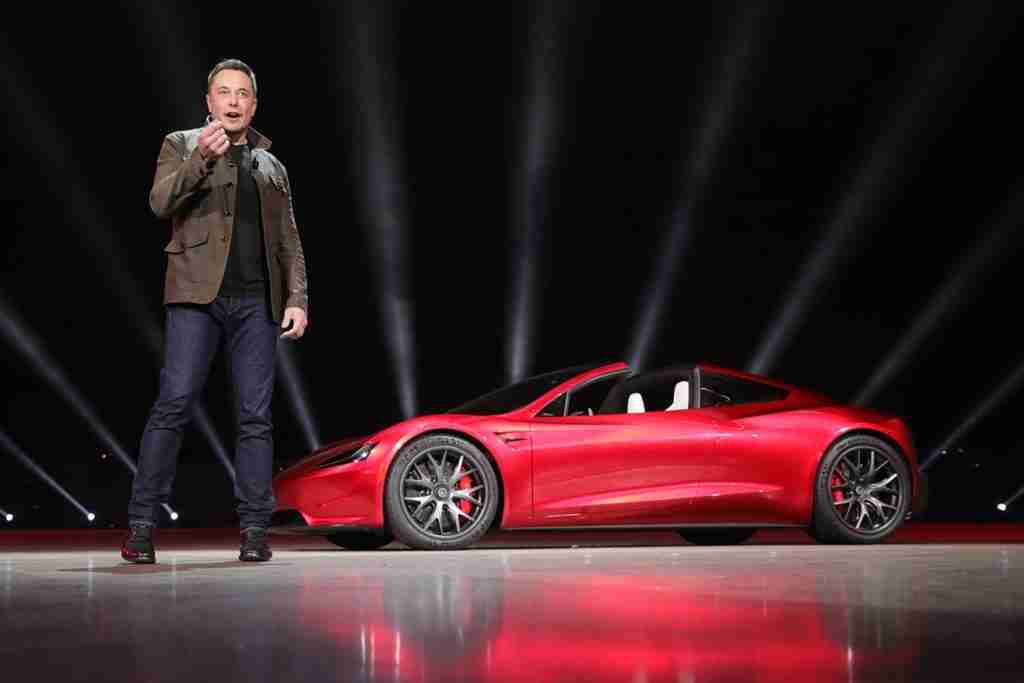 Elon Musk gets a lot of the press time around self-driving cars these days, but his automotive firm Tesla was not the first pioneer of autonomous automobiles. Actually, Sebastian Thrun, the co-inventor of Google Street View started developing an autonomous driving prototype for Google called “Firefly” in 2013 and now called Waymo.

Firefly was a key project that was only intended to be a hands-on research apparatus, but the user interface and layout components would hold true for almost all autonomous vehicle prototypes to come. It was the first self-driving car with no steering wheel or pedals. The Firefly will not ever be mass-produced, but the technology will be used in the new self-driving Chrysler Pacifica.

In 2014, nearly every major automaker threw their hat into the ring with programs for electric vehicles that drive themselves. While most of them focused on deep statements regarding their plans for a driverless future, Elon Musk and Tesla were excited to get ahead of the competition.

Another fatality of a self-driving Tesla happened in 2018. Even with all these drawbacks, Elon Musk promised to release a completely autonomous production automobile by 2019.

It is debatable whether self-driving cars will lose their steering wheels or pedals any time soon. Some researchers think that automotive deaths will decrease drastically with self-driving cars on the street, but as Tesla’s Autopilot demonstrated that the technology is not quite ready. That is why leading automakers are releasing future automobile concepts with the steering wheel and pedals still intact.

In the 2015 Tokyo Motor Show, Nissan unveiled the IDS Concept Vehicle. The automobile has a wide sweeping dashboard that reminds one of the Starship Enterprise from Star Trek. If the occupant chooses the Piloted Drive function, the steering wheel disappears into the console along with the pedals receding into the frame.

The BMW owned MINI Vision Next concept car has a steering wheel but not much else in the cockpit. When autonomous driving is chosen, the steering wheel slides into the center and the occupant can relax while the vehicle does all of the navigating.

Some automakers are taking a bold approach to self-driving automobiles by deleting steering wheels and pedals from their concept designs altogether. In the 2017 Frankfurt Motor Show, Renault debuted a car named Symbioz that does not resemble the standard automobile in any respect. The chairs face each other and there is even a little coffee table inside. It is more of a living room on wheels compared to a legitimate car.

The Volkswagen Sedric also does not appear to have any driver controllers. It is shaped like a robotic glider and if people sit inside, they could appreciate each other’s company without needing to concentrate on the mechanics of the automobile itself.

A vehicle with no gasoline engine or the requirement for driver controllers revolutionizes the interior design of vehicles. There is more room for seating and other entertainment features. The whole front windshield may have a widescreen display that plays your favorite movies. Chairs can face inward when your eyes are not required to watch the street. You may shop for products online, read books, or just spend some time with your nearest and dearest.

The Legal Aspect of Self-Driving Cars

Driverless cars pose a legal conundrum due to the difficulty in determining who is responsible for the case of an incident. Does the blame fall on the automaker, the vehicle occupants, or will there have to be fresh legal parameters for autonomous vehicles? At least twenty states in America have already passed new legislation regarding self-driving automobiles and liability.

Lawmakers in the UK have promised to have new laws drawn up for driverless cars by the year 2021. A spokesman for the law commission said that Automated vehicles don’t easily fit within existing legal frameworks, so the review will identify pressing issues in the law that may be obstacles to the use of automatic vehicles, in addition to considering wider, longer-term reforms!

The legal consequences of self-driving cars also have prompted universities to provide new classes in self-driving law. It’s easy to think of the benefits of autonomous vehicles, but its drawbacks could be far-reaching.

Self-driving cars are not coming to the current market, they are already here. Leading automakers have renewed their commitment to an all-electric, autonomous driving potential. They do so regardless of the deaths and setbacks that have happened. Self-driving vehicles create new ways for people to interact with technology. And such innovations change the way people interact with one another, also.

When you do not have to keep your eyes on the road and your hands on the wheel, you can turn your attention to other pursuits. Riding in an automobile might be a time for relaxing pursuits or catching up on work. Will you still require a driver’s license? Will you still have to be present when minors are in the car or can you track them remotely?

There are a lot of legal and practical implications surrounding self-driving automobiles, but the future seems inevitable. The technology already exists and self-driving carss will fundamentally alter our lives from here on.

A Complete Guide To Test Driving a Used Car