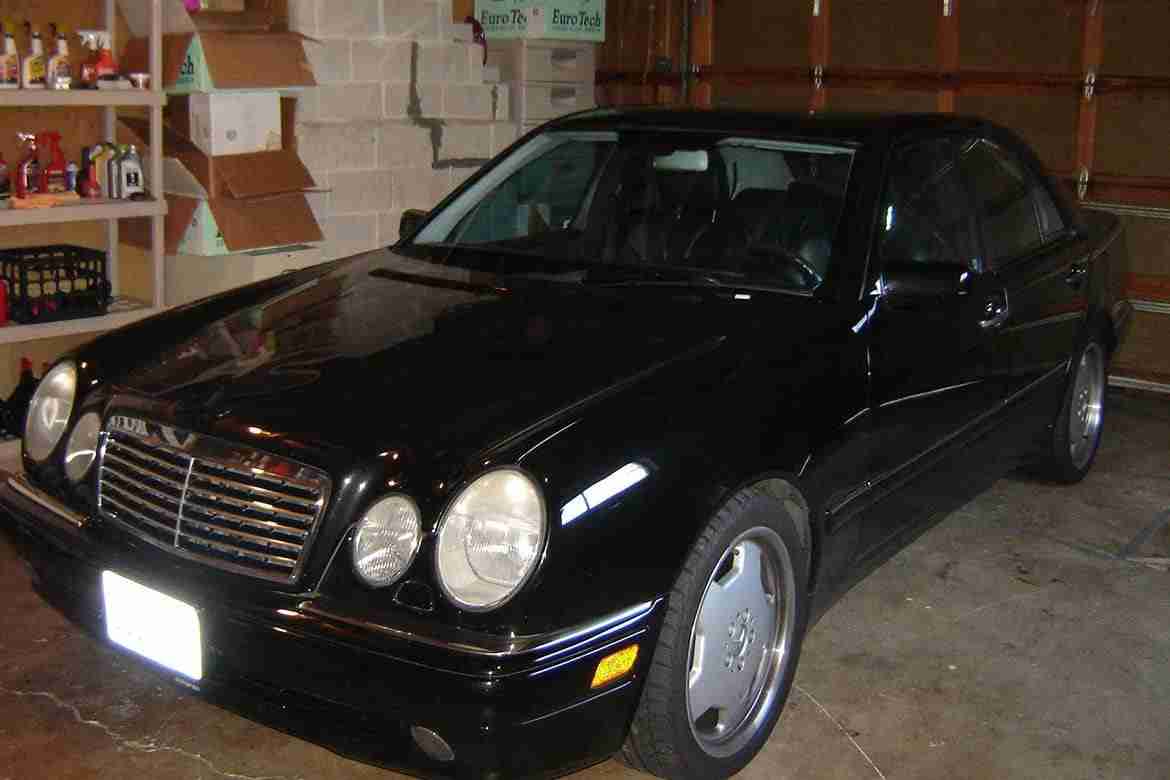 The W210 Mercedes E55 AMG sedan really is as good as you’ve heard. I’ve owned two Mercedes E55 vehicles. The first w210 AMG was a 1999 in Obsidian Black, the second Mercedes e55 AMG was also a ’99, but in Brilliant Silver Metallic. This will be an extensive review of the 1999-2002 Mercedes Benz W210 E55 AMG from a previous owner’s perspective.

The W210 Mercedes-Benz E55 is, in my estimation, the best sports sedan ever to ride the surface of this earth-and a testament to the tuning acumen of AMG and the carmaking ability of Mercedes-Benz. In the long history of other great Mercedes-Benz super sedans (most recently, the fabulous C43, which has been generated ), the E55 raises the bar, this time to a brand new elevation. At least until the introduction of the 400-horse BMW M5 in autumn 1999, the E55 is the greatest.

Even though the original W210 E55 was not as unique as the W124 500E or as quickly as the W211 E55 version that came after, it was tremendously understated, tremendously subtle, and free from all of the W211 E55 common problems.

There is no scroll wheel for the COMAND system. There is no radar cruise control, or finicky air suspension, or “active control.” There’s only a simple car that no one guesses is fast, with a naturally aspirated V8 that makes good power. Not enough for mad speeds by contemporary standards, but fast enough to actually have some legal pleasure. 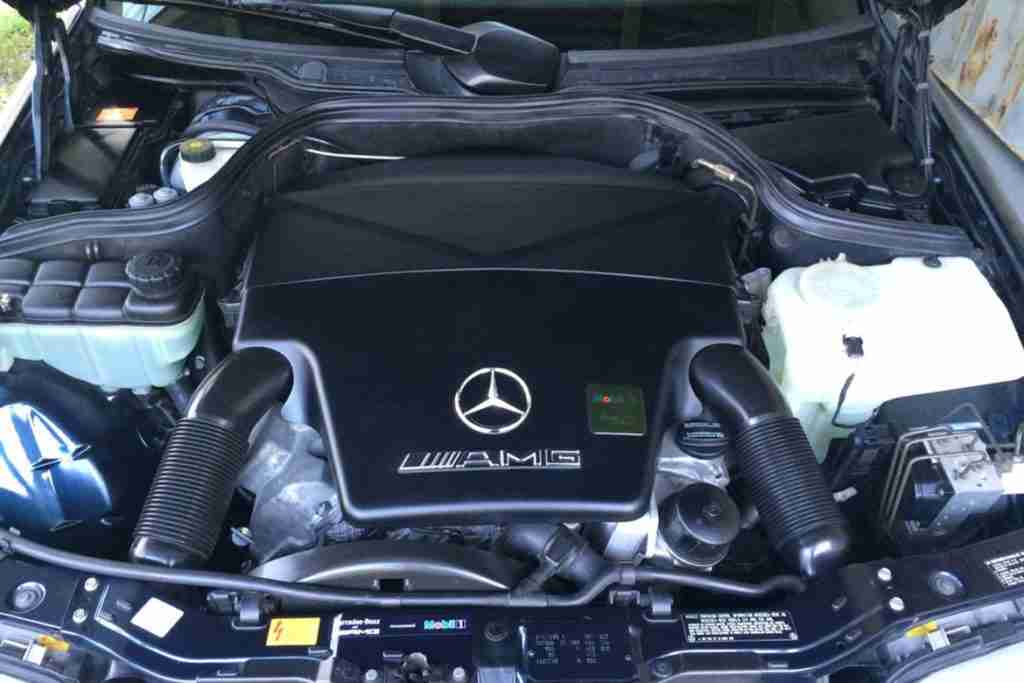 At the core of the pleasure is the AMG-massaged 5.5-liter V-8, the biggest V-8 engine accessible in a Mercedes-Benz passenger car. Based on the new-generation 5.0-liter V-8 (which is otherwise not available from the E-Class), the AMG mill includes a long-stroke forged-steel crankshaft to improve displacement. Breathing improvements revised cam profiles, and other tweaks function to match the inherent goodness of the new SOHC twin-spark-plug-per-cylinder engine.

In comparison to the largest engine otherwise available from the E-Class, the 4.3-liter V-8 that comes standard in the E430-the power difference is dramatic. The smaller V-8 hits a peak of 275 horsepower at 5750 rpm, while the E55 puts down 349 horses at a more relaxed 5500 rpm. The torque increase is more, rising from 295 pound-feet at 3000 rpm to 391 at exactly the same rpm.

Partially completed E-Class sedans with special interiors and bodywork roll off the regular Sindelfingen assembly line in Germany, they’re delivered to AMG (where Mercedes-Benz has a developing ownership interest) in neighboring Affalterbach for modification. After AMG pops in the 5.5-liter V-8 engine and extensive work is completed to brakes and suspension, the cars return to Sindelfingen for ultimate quality checks and transport. The W210 Mercedes E55 AMG is a full-size Mercedes-Benz version, not a tuner car, so it is serviced like any other Mercedes-Benz. 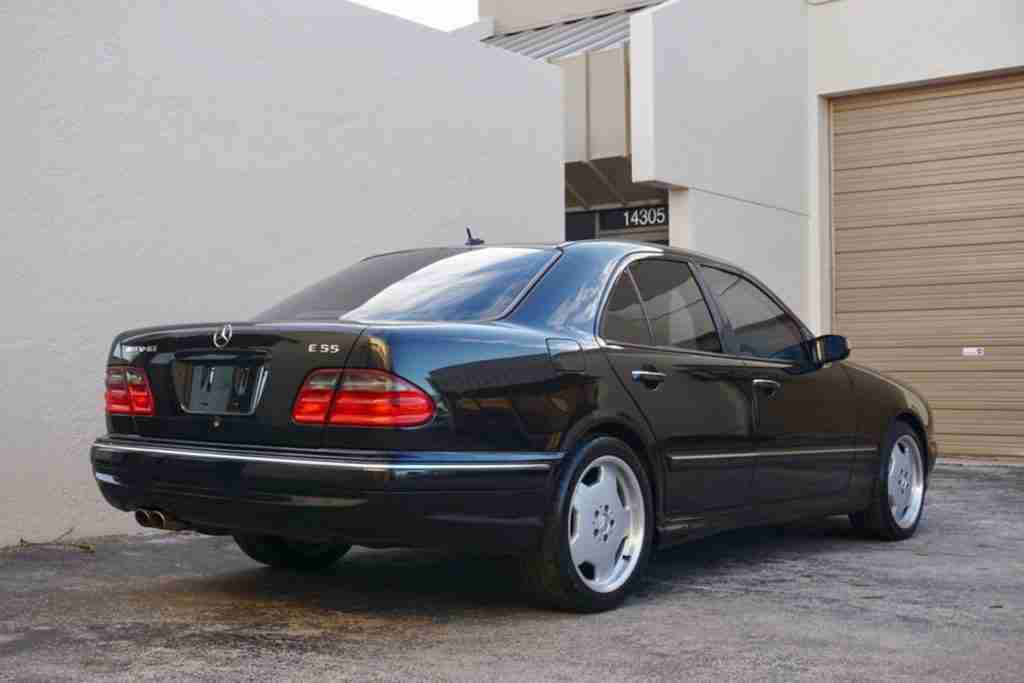 Mash the throttle to the floor one time, and the only numbers you are going to be thinking about are additional points on your driving record. If you have got the traction control switched off, the W210 E55 will enthusiastically light the huge back 275 tires, laying down twin stripes that will stretch deep into 2nd gear.

With this much power on tap, a measure of restraint would be your best approach to maintaining if you want to keep this car driving in a straight line. If you’re smooth on the power, the E55 catapults off the line, the slick five-speed automatic clicking off perfect gear changes as the speedo races towards that little peg. It’s a rush you can get used to real quick.

The list of highly desirable automobiles which can not keep up with this E55 at a 0-60-mph game reads like a who’s who of what is what. The much-loved Jaguar XJR can just muster a 5.2-second clocking, nearly a half-second slower compared to the E55’s 4.8-ticks, but a brand new Porsche 911 is slower, also. A ’65 427 Shelby Cobra and the Ferrari F355 F1 are only two-tenths of another quicker than the E55. 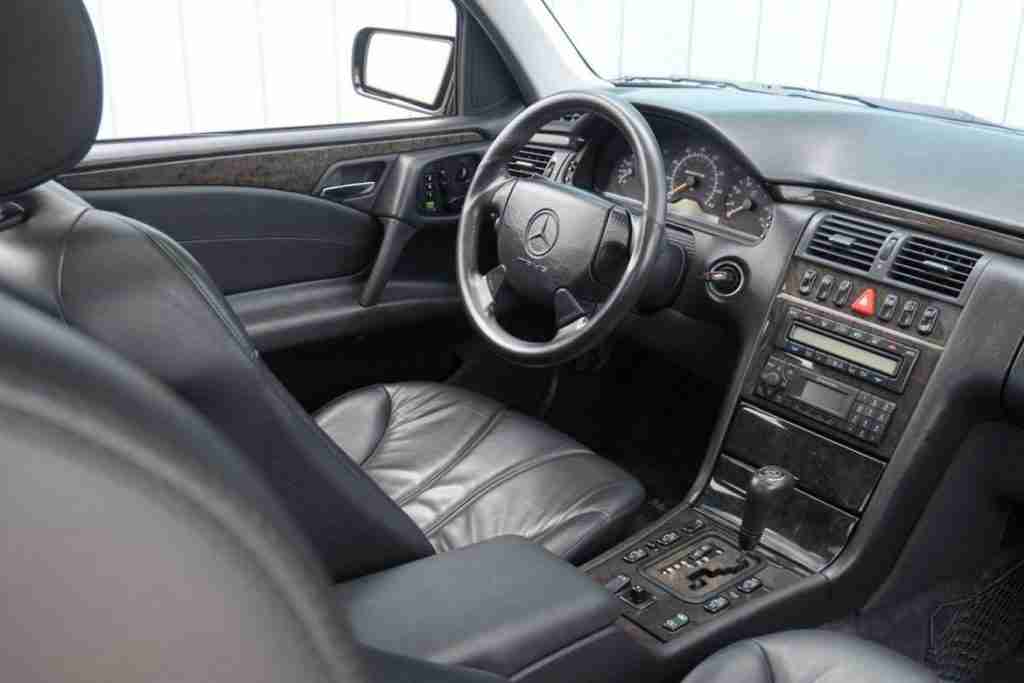 I still love these cars. I think I should have never sold my silver W210 Mercedes E55 AMG for a 1995 Corvette (nice car by the way). The good news is you can find Mercedes-Benz w210 e55 AMG for sale on websites like Autotrader.com and eBay Autos.

I took a quick look and at the time of this writing, you can pick up a very nice first-generation E55 for about $9,000 to $11,000 dollars. That’s not bad if you really like these cars and are in the market. It would literally only take a stereo upgrade to give you all the tech you want. And if you got a 2002 model with factory navigation, you could swap that out for an Apple CarPlay head unit, if you’re into that sort of thing. 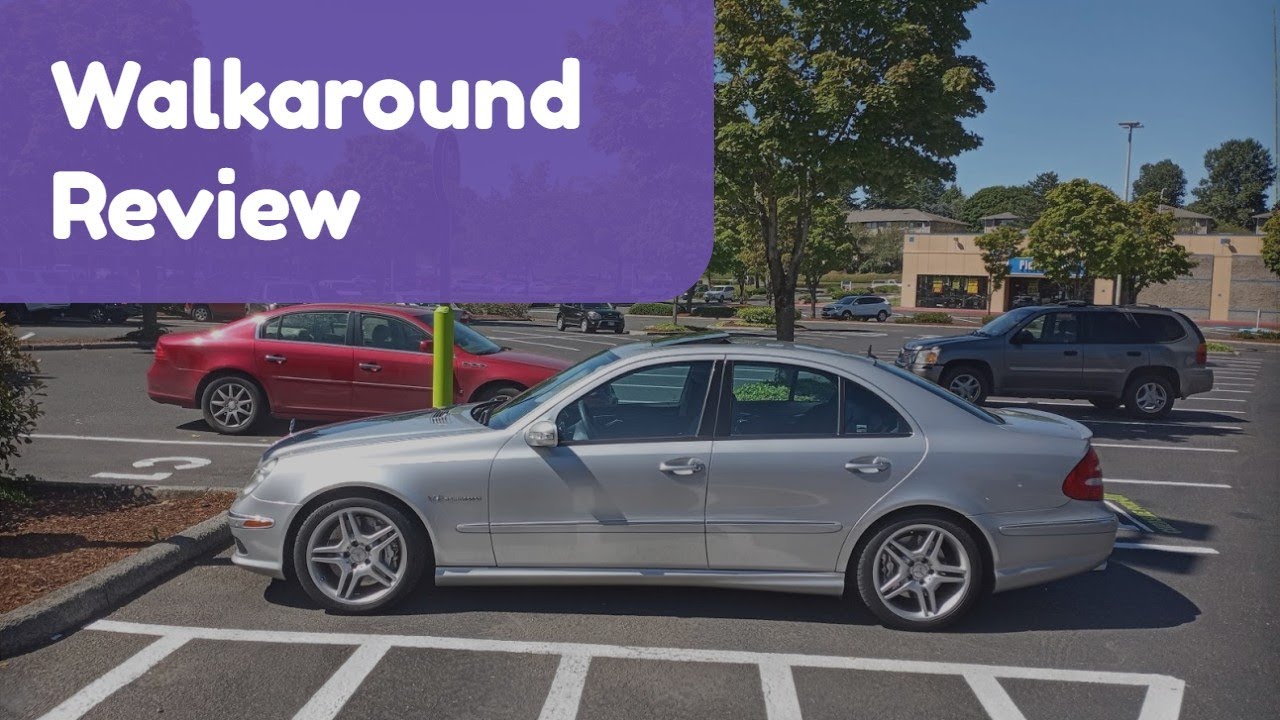