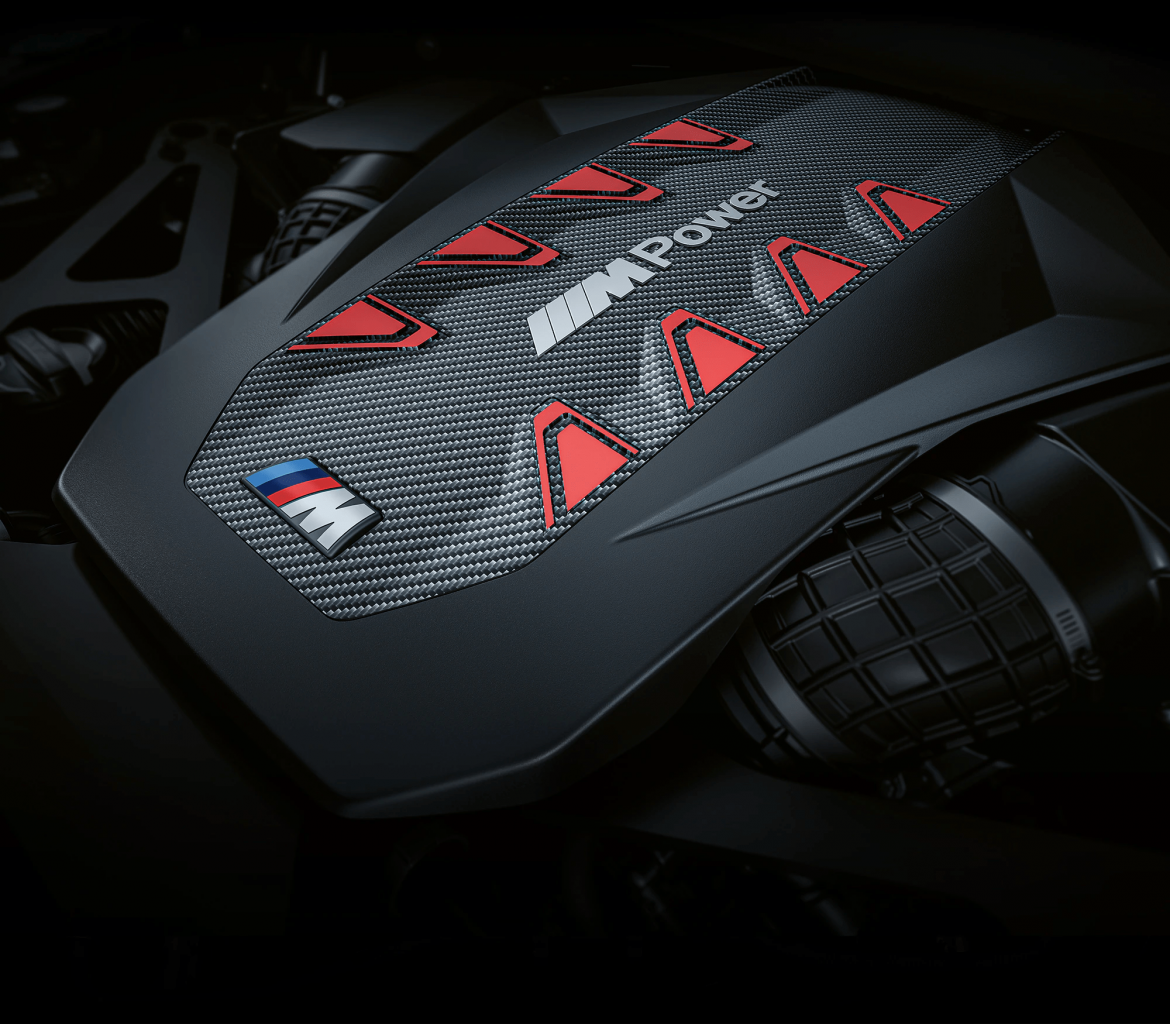 In keeping with its ongoing 50th-anniversary celebration, the 2023 BMW XM engine unleashes high performance in a way never before seen. The first-ever BMW XM wraps cutting-edge drive system technology, a distinctive vehicle concept, a door opened into a completely new market segment, and the desire to draw in new customer groups in a confidently dramatic exterior design and an interior that is intensely driver-focused, boldly modern, and indulgently luxurious.

A brand-new plug-in hybrid powertrain was created specifically for the all-new BMW XM. A new 483-hp V8 engine with M TwinPower Turbo technology and a 194-hp electric motor built into the eight-speed M Steptronic gearbox make up the M HYBRID system in the BMW XM. Together, they provide 590 ft-lbs of torque between 1,600 and 5,000 RPM and a maximum system output of 644 horsepower at 5,400 RPM.

Through the M xDrive all-wheel-drive technology, power is channeled to the road. An eight-cylinder engine combined with an electric motor delivers tremendous, instantly accessible power that is maintained throughout the rev range. The M HYBRID system also allows for pure electric driving, which is expected to have a range of up to 30 miles.

The BMW XM and the newly developed endurance racing vehicle from BMW M Motorsport have the same driving concept, an eight-cylinder internal combustion engine supported by an electric motor. In 2023, the BMW M Hybrid V8 will compete in races around North America, including Daytona, in the IMSA WeatherTech SportsCar Championship. The following year, it will drive BMW M Motorsport’s return to the FIA World Endurance Championship (WEC) and the 24 Hours of Le Mans.

Utilizing the thermodynamic advantages of a cross-bank exhaust manifold, the 4.4-liter engine has been extensively updated. The engine’s efficiency is increased in part by a strengthened crankshaft drive, improved turbocharging that is installed close to the exhaust manifold and has an electronically controlled blow-off valve, as well as a new vane-type oil pump and a weight-reducing plastic oil sump. The engine’s emissions performance is improved via a variable impactor oil separation technique.

The engine’s exhaust valves may now be completely closed thanks to the switchable rocker arm on the exhaust side of the VALVETRONIC fully variable valve control. In this manner, more of the braking energy may be recovered and delivered into the high-voltage battery when the driver lets off the accelerator.

The electric motor may provide up to 194 hp of the 644 hp total system output. The electric motor and combustion engine working together may create a maximum system torque of 590 lb-ft. The maximum torque generated by the electric motor is increased to 332 lb-ft at the gearbox input using a pre-gearing step.

This invention makes it possible for the electric motor built into the transmission case to provide significant amounts of power that would typically need a much bigger unit. The extra gearing stage between the rotor of the electric motor and the transmission’s input shaft, developed by BMW, improves the torque delivery of the M HYBRID system. When pulling away, this torque is immediately available and makes a noticeable difference when both accelerating off the line and passing at a high rate of speed on the highway.

The BMW XM accelerates from 0 to 60 mph in under 4.1 seconds thanks to M xDrive’s grip and an advanced launch control system. The maximum speed is electronically restricted to 155 mph or, with the optional M Driver’s Package, 168 mph. In full-electric mode, the highest speed is 87 mph.

The M xDrive System: Four Driven Wheels, One Electric Motor, and One Engine

The BMW XM’s M xDrive system divides the power produced by the combustion engine and electric motor precisely, quickly, and according to need at all times. Power is distributed between the front and back axles thanks to an electronically controlled multi-plate clutch.

The driver must first switch to M Dynamic Mode or turn off DSC in order to engage 4WD Sport. And the 4WD Sand mode may only be utilized once the DSC has been completely turned off. This option activates the all-wheel-drive system’s traction-optimized software and activates the locking features of the M Sport differential particularly for navigating sand dunes or other low-traction terrains.

The BMW XM Label Red is a special model that will be introduced by BMW M as part of the BMW XM lineup. The first in a line of BMW XM Label vehicles, the Red BMW XM Label will only be offered for a short while. Over 735 horsepower and 735 lb-ft of torque, as well as unique color, wheel, upholstery, and trim options, will be featured in this special edition.