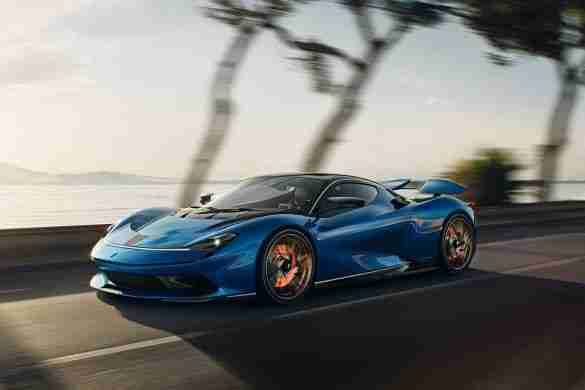 If you have a few million dollars burning a hole in your pocket, you might want to consider buying a hypercar. A hypercar is a jaw-dropping beast on wheels that goes 200 miles per hour or more, has the stampeding horsepower, is endowed with outlandish geometric styling, and is extravagantly expensive. Check out these exotic dream machines below, seven of the world’s fastest, most expensive cars. 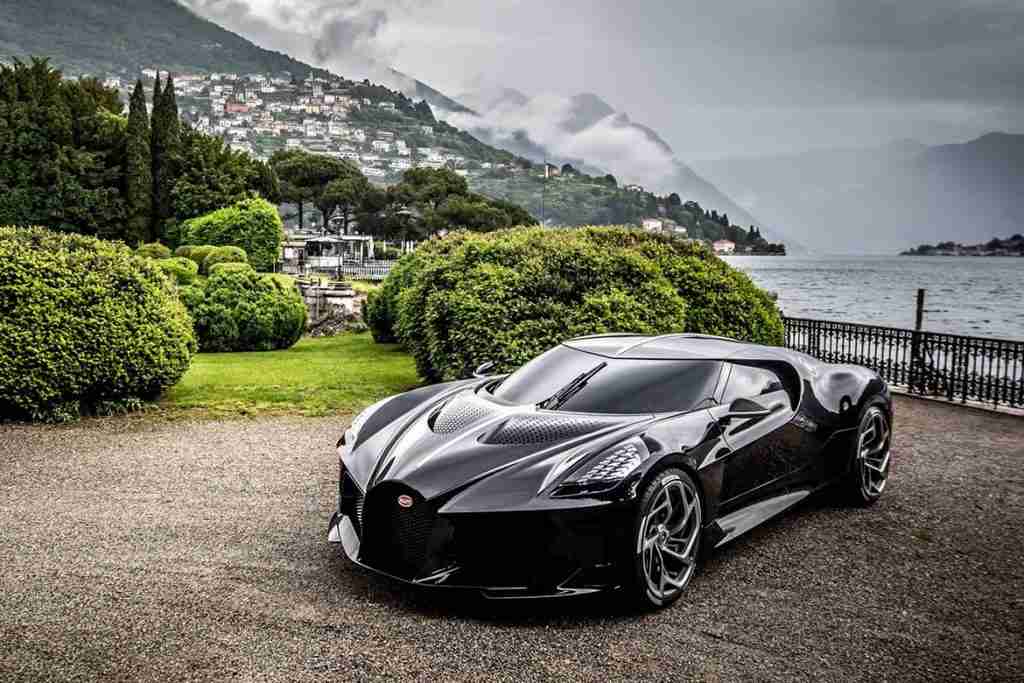 The La Voiture Noire, which elegantly translates to “The Black Car,” is a carbon fiber rocketship that will slam you against your seat at its blistering top speed of 261 miles per hour. It also boasts a jaw-dropping, 1,500 horsepower engine and flies off the line from 0 to 60 miles per hour in 2.5 seconds.

If there’s one brand that could pull off six exhaust tips without appearing like overkill, it is definitely Bugatti. The full-width LED brake light strip makes the exceptional hypercar look even wider than it is, while under it stays an illuminated”Bugatti” just in case you may not understand what you’re taking a look at. In the front, the horseshoe grille is much more pronounced than previously and over it, the slick LED headlights extend along the wheel arches.

The car was a one-off model, which its lucky owner bought without even seeing it first. And what did they pay for it? The buyer shelled out $12.5 million, along with an additional $6.4 million in luxury taxes and fees. 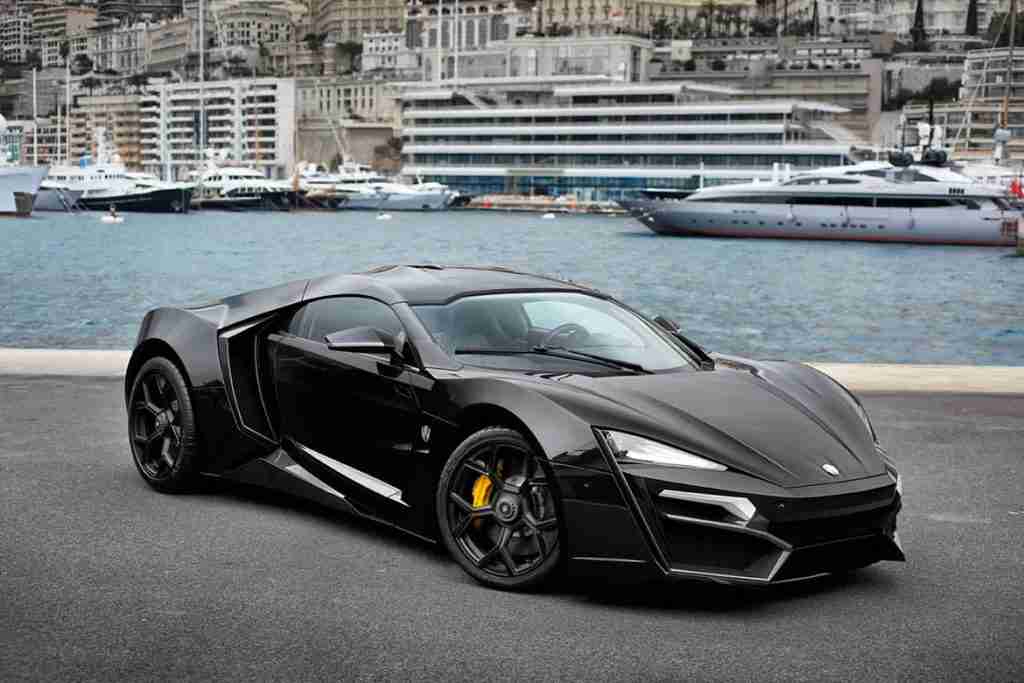 The Lykan Hypersport, the first hypercar in a collaboration of Lebanese and Italian designers, is a precious jewel in more ways than one. Its headlights are encrusted with 420 15-carat diamonds, and you can even bling out the car’s interior with your choice of diamonds, yellow diamonds, emeralds, sapphires, or rubies. The Hypersport’s key is even adorned with gemstones. It’s no surprise that the car commands a price tag of $3.4 million.

The Lykan Hypersport packs performance that sets it in exactly the same league as the Bugatti Veyron. The Lykan HyperSport is powered with a mid-rear positioned, twin-turbocharged flat-six Porsche engine producing 750 horsepower and 960 Nm of torque. W Motors says the car can go from 0-100 km/h (62 mph) in a neck-snapping 2.8 seconds, on the road to a top speed of 245 mph. Now that is some serious firepower that could put the best hypercars of this world to shame. 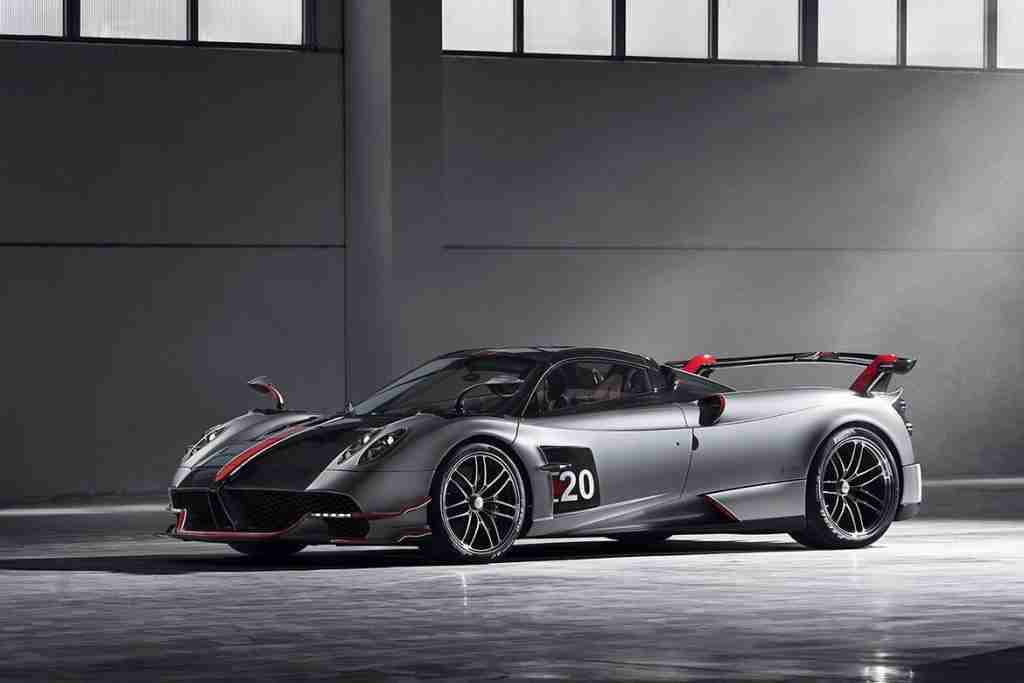 The gale-force Huayra is appropriately named after the mythological Huayratata, or “God of the Winds.” It slashes through the air at a cheetah-fast 210 miles per hour, propelled by a brawny 800 horsepower engine. To get an idea of just how fast this car is, blink three times. That’s how long it takes the Huayra to slingshot from zero to 60 miles per hour.

According to Horatio Pangani, founder, and CEO of Pagani Automobili S.p.A, the purchase of his cars is emotion-driven, and, as he once said with a chuckle, “When you spend millions for a Huayra, we cannot say that this is a rational act!” Three-point-five million dollars will get you into the driver’s seat.

Having a whopping $3.5-million price tag, the Pagini Huayra Roadster BC reinvents the hyper-roadster marketplace with over-the-top styling, a raucous, strong engine, and impressive stats.

Powered with a 6.0-liter AMG V12, the Huayra Roadster BC pumps out a monstrous 800 horsepower and 774 pound-feet of torque. All that oomph transfers to the rear wheels and tires using a seven-speed Xtrac sequential gearbox with a lightweight single clutch. The single-clutch installation, Pagani notes, is 35-percent lighter than the typical dual-clutch. That — plus a lot of other impressive engineering feats — helps maintain the curb weight to a comparatively light 2,685 pounds. 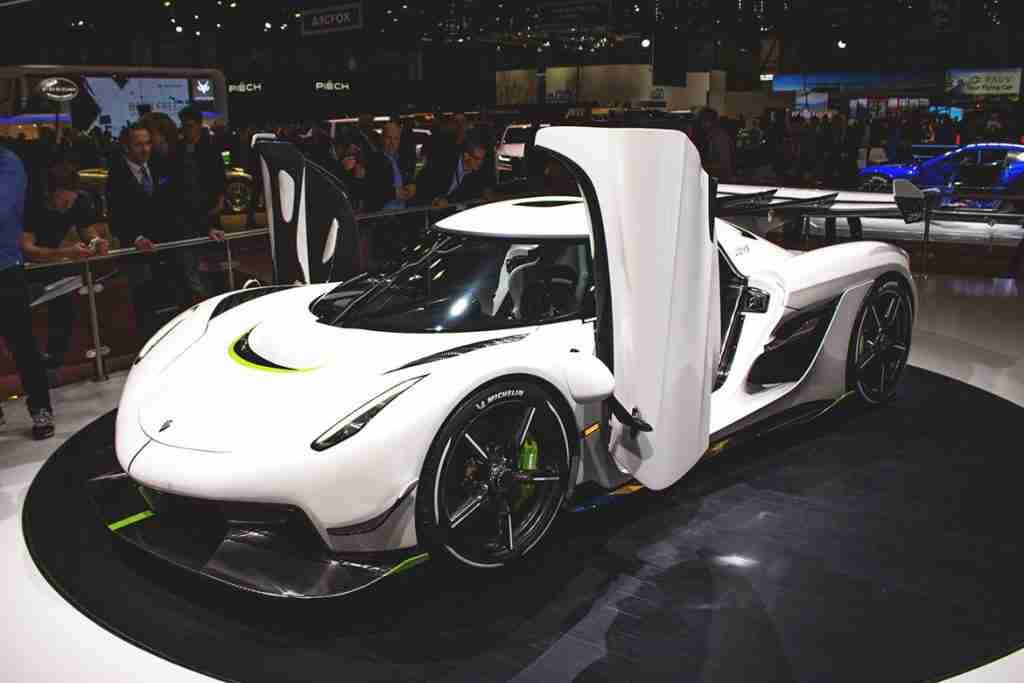 Get in, sit down, buckle up, and get ready to be shot out of a cannon. The Koenigsegg Jesko is a fierce adrenaline machine with a muscular engine pumping out a staggering 1,603 horsepower. It’s also armed with a blink-and-you-miss-it 300 miles per hour top speed. According to company founder, Christian von Koenigsegg, the gear changes, both up and down, are “near light speed.” This raucous hypercar commands a $3 million price tag.

The Koenigsegg Jesko is a limited production mid-engine sports car created by Swedish auto manufacturer Koenigsegg. Introduced in the 2019 Geneva Motor Show, the automobile succeeds the Agera. The title Jesko is a tribute to the company founder’s father, Jesko von Koenigsegg.

Read: History of the Koenigsegg 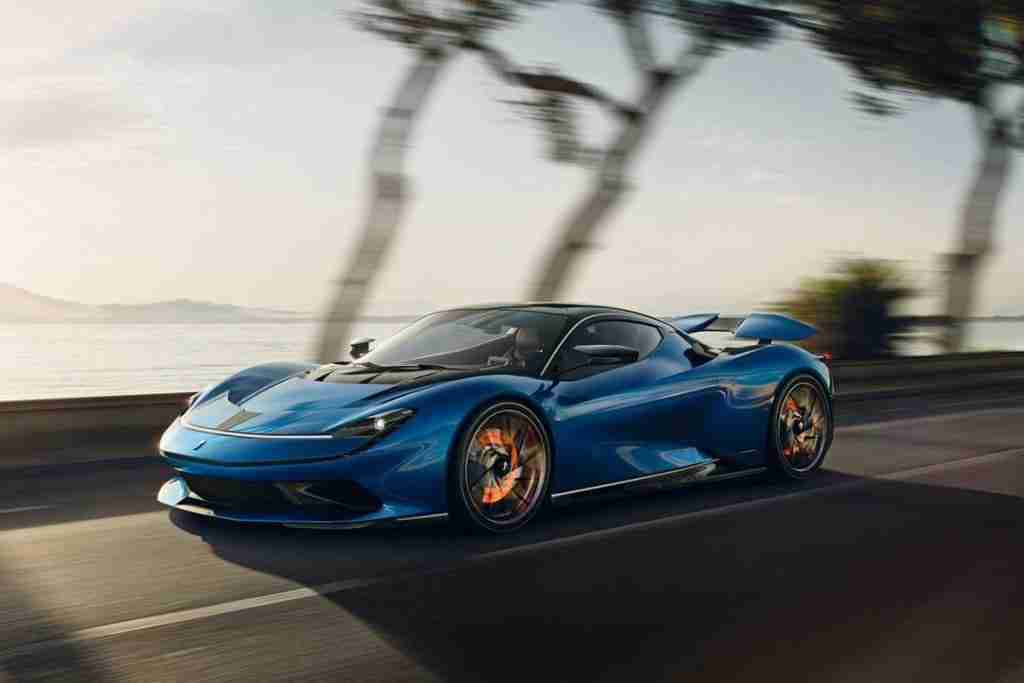 For five decades, Pininfarina designed most of Ferrari’s road cars. So, it’s not surprising that the all-electric Battista shares Ferrari’s stunning beauty. Under the hood, it’s equally amazing, unleashing 1,900 horsepower, cranking out 217 miles per hour and hurtling from zero to 62 miles per hour in less than two seconds. Pininfarina’s Design Director Luca Borgogno says that the Battista is “Purity, Beauty, and Rarity.” That’s true: a rare few can afford its $2.5 million price tag.

The Battista’s powerful e-powertrain is from Croatia’s Rimac Automobili, whose electric-powered Concept_One and C_Two hypercars are fast enough to frighten a Bugatti Chiron. 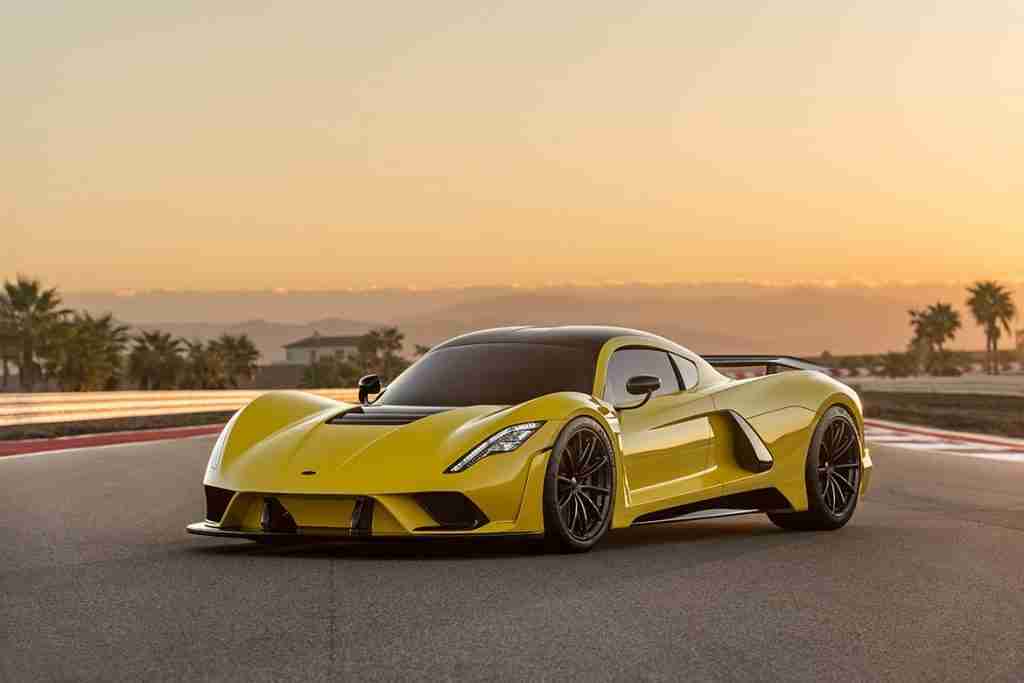 The Hennessey Venom F5 lives up to its name: it’s got looks that kill. And it has quite a bit, too. The hypercar is outfitted with a mercilessly powerful 1,817 horsepower engine and hits a top speed of 310 miles per hour. Even among the multitude of otherworldly, radically designed hypercars, this one looks a tad more outrageous. It’s also named after a Category 5 hurricane, so if you have $1.6 million laying around, you can ride the storm. 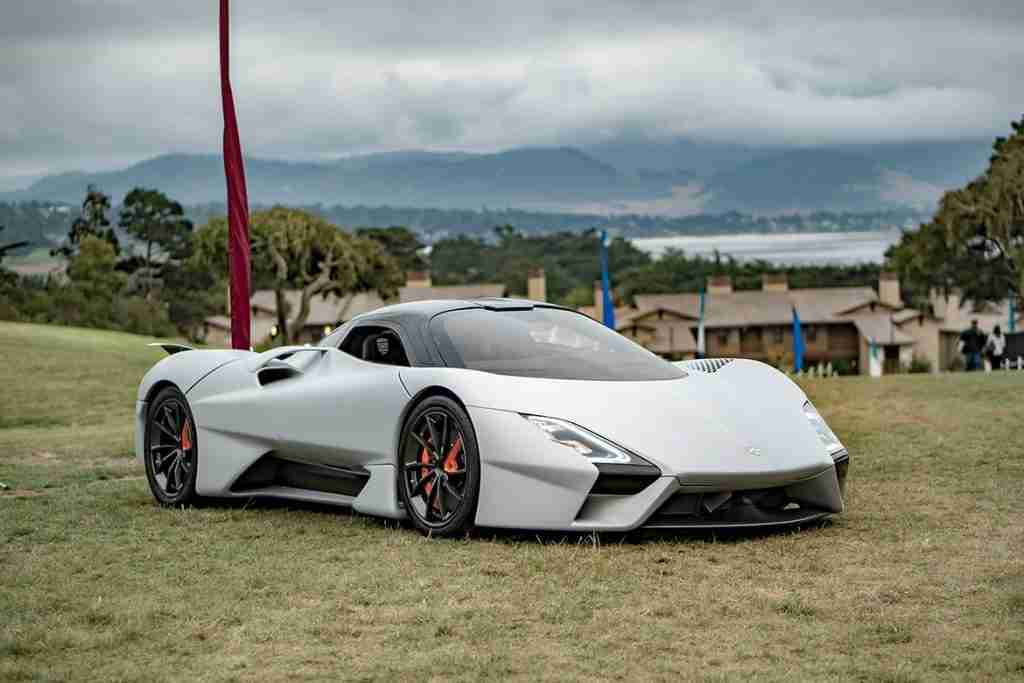 SSC’s slogan is, “Life Begins at 300,” honoring their Tuatara’s pulse-pounding top speed of 300 miles per hour. It also flaunts a formidable 1,750 horsepower engine. And with its doors upon, it looks like a fearsome predator poised to strike. If money isn’t an issue — the hypercar costs a cool $1.3 million — height won’t be an issue either. The car can comfortably sit drivers as tall as six foot five inches, helmet and all.

A hypercar is what happens when money meets mayhem. A hypercar will drop your jaw with its brute power and flamboyant styling. And, if you want one, you’d better start saving now.